Ghana to lead establishment of a regional gas company 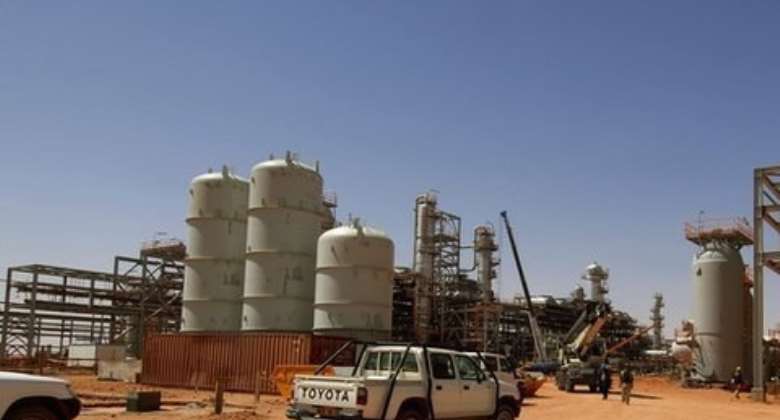 Ghana will lead the establishment of a regional gas company to help deal with issues associated with the supply of natural gas, LPG, regasification units in the sub region.

Other member countries of this project include Nigeria, Côte d'Ivoire, and Equatorial Guinea.

Making the disclosure at the Ministry of Energy and Petroleum in Accra, Emmanuel Armah-Kofi Buah and Ivorian Minister of Mines, Petroleum & Energy Adama Toungara pledged their commitment to work assiduously to ensure the success of the project.

Mr. Armah-Kofi Buah said the decision to establish such a strategic gas company to supplement energy needs of member countries was reached at the 16th Gulf of Guinea Oil & Gas Conference (GOG16) held in Abidjan last year. He noted that it was critical for these countries to work together and find a lasting solution.

He further said the venture was critical to Ghana's economic growth as demand for electricity increases annually saying that last year the Ministry received a report that Ghana's annual electricity demand was 8%, then by the end of the year it jumped to 10%; then a latest report released some weeks ago also pegged Ghana's annual demand at 12%.

Mr. Adama Toungara on his part commended Ghana for the lead role in initiating such a strategic regional project for the West African sub region. He also added that Ghana, Côte d'Ivoire and Nigeria do not only have common cultures but also share economic ties, stressing the need to always find a common solution to common problems.

“What is left is for us participating countries to ask our national oil companies to work on the economic feasibilities of this company so we can meet at the level of Ministers to present economic report and the next step will be to set up the regional oil company,” Mr. Toungara further stated.

Côte d'Ivoire is currently investing heavily in its neglected energy infrastructure as part of an economic revival that follows years of political unrest, while Ghana on its part has also suffered some delays in completing its gas infrastructure project in the Western Region, hence the need for such project to augment government's effort to meet the energy needs of the country.