Mandela Mourned by Millions in South Africa and Around the World

Ten days of ceremonies in honor of founder of the modern post-apartheid state
By Abayomi Azikiwe, Editor, Pan-African News Wire 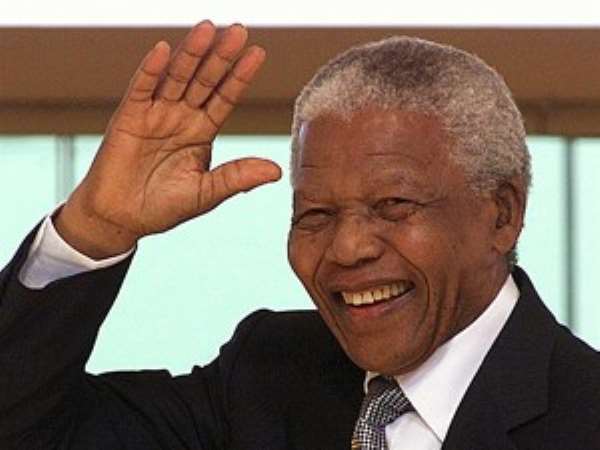 South Africans poured into the streets and assigned venues to mourn the passing and celebrate the life and struggles of Tata Madiba Nelson Rohlihahla Mandela, the former president of the Republic of South Africa and the ruling African National Congress (ANC) party. From formal memorial services, to community gatherings, the locations of his residences, the lying in state at the Pretoria Union Buildings and the state funeral in Qunu, people from inside the country and internationally expressed their grief and appreciation for the work done by one of the most notable political figures of the 20th and early 21st century.

At the official memorial services on December 10 which took place at the FNB Stadium in Johannesburg where the 2010 World Soccer Cup was held, over one hundred thousand people gathered inside and around the stadium to express their condolences. This is the stadium where Mandela made his last public appearance during the opening of the international sports competition on the first occasion of this event on the African continent.

Tens of thousands of others marched and chanted freedom songs recalling the days of the armed and mass struggle that turned the tide in the long struggle to overturn legalized segregation and economic exploitation which characterized the apartheid system. For those who could not get into the stadium they marched around the area carrying ANC and South African flags chanting and praising the heroic struggle of the liberation movement and its leader Nelson Mandela.

President Raul Castro of Cuba noted that “Cuba, which has African blood in its veins, rose up in the struggle for independence and for the abolition of slavery and, subsequently, has had the privilege of battling and building together with African nations. We shall never forget Mandela's moving tribute to our common struggle when he visited us on July 26, 1991, and stated, 'The Cuban people hold a special place in the hearts of the people of Africa.'”

Castro went on to stress that the fallen leader was “A symbol of the sisterhood between Africans and Cubans, I recall his close friendship with Fidel Castro, who affirmed, 'Nelson Mandela will not go down in history for the 27 consecutive years he spent incarcerated without ever renouncing his ideas; he will go down in history because he was able to expunge from his soul all the poison that such an unjust punishment could have created; for the generosity and wisdom with which, at the hour of the already uncontainable victory, he was able to so brilliantly lead his self-sacrificing people, knowing that the new South Africa could never be constructed on the foundations of hatred and vengeance.'"(Granma International, December 10)

Raul Castro received a roaring round of applause in the aftermath of his address. Also gaining a warm welcome was Republic of Zimbabwe President Robert Mugabe who along with the Cuban comrades are often castigated by the governments and corporate media outlets of the western imperialist states.

Mugabe, who won a landslide victory in the Zimbabwe national elections in July, is often contrasted with Nelson Mandela in regard to his political approach and style as an African leader. Yet Mugabe and Mandela maintained a close relationship throughout the years.

Upon arriving back in Zimbabwe after attending the December 10 memorial at FNB stadium and viewing the late leader lying in state, Mugabe told the Zimbabwe Herald newspaper that “I don't know about any feud. If anything, there was an alliance. We worked very well with him when he came out of prison. We gave him support.” (December 11)

“We established the principle of national reconciliation (at independence in 1980), they took it over and used it as a basis to create what they have now as the Rainbow Nation. There was no feud, where was the feud, what feud?” Mugabe continued.

Mass Outpouring in Pretoria and Eastern Cape
On December 11 people began to line up to view Mandela's body lying in state at the Union Buildings in Pretoria. The South African Broadcasting Corporation (SABC) reported that approximately 100,000 walked pass the coffin during the daytime hours for three days.

The procession was led by Mandela's widow Graca Machel and his former wife Winnie Mandela. Both were visibly saddened by the death of the South African leader.

On December 14, Mandela was taken on to an air force jet by the top military officials of the South African National Defense Forces (SANDF), most of whom today are veterans of Um Khonto we Sizwe (Spear of the Nation), the armed wing of the ANC which was founded by Madiba in 1961. The body was flown to the Eastern Cape to the city of Umtata where a military-led convoy drove to Qunu, the area where Mandela grew up during the 1920s and 1930s.

Thousands lined the streets and roads of the cities, towns and villages to get a glimpse of the convoy. The ANC government had constructed a marquee near the burial grounds at Qunu where the party held its own memorial service on December 14, 2013.

An overnight vigil was then held and the following morning the official state funeral took place. The ceremony was attended by 4,500 people.

Speeches and tributes were heard by current President Jacob Zuma, former Zambian President Kenneth Kaunda, where the ANC was based for many years in the capital of Lusaka. Kaunda recalled his efforts to convince the successive white settler-colonial leaders to release Mandela and other political prisoners.

United Republic of Tanzania President Jakaya Kikwete recalled Mandela and the ANC's close connection with this East African state which was the base of numerous national liberation movements in Southern Africa. Under former President Julius Nyerere, Tanzania devoted considerable resources in training guerrillas and political cadres of the ANC and other organizations.

Kikwete recalled "It was another interesting episode in his first visit to Tanzania in 1962. In order to keep the visit discreet, he did not stay in hotels. He stayed at the house of... Cyril Swai.” (SABC, December 15)

The Tanzanian leader then said that "On his departure, he left behind his boots in the hope that on his way back he would pick up his boots. Unfortunately, he did not pass through Dar es Salaam again because on his arrival back in South Africa, he was arrested and spent the next 27 years in jail. Fortunately, the Swai family kept his boots and in 1995, the pair of boots were handed back to him."

World Media Coverage Unprecedented
The world attention paid to the passing and eulogies in honor of Mandela were unprecedented for any political or even cultural figure. The death of the former guerrilla leader, political prisoner turned president was covered extensively through media outlets worldwide.

On December 10, there was live streaming of the memorial held at FNB stadium as well as activities surrounding the venue. The state funeral and burial were also reported live by the SABC and hundreds of other news outlets. 3,000 journalists covered the funeral in Qunu.

A host of commentaries by personalities involved in the South African Revolution along with journalists, academics and news analysts filled the television screens, websites, newspapers and radio airwaves. Memorials were also held in other parts of Africa and the international community including the signing of books of condolences at South African embassies and diplomatic outposts globally.

This widespread reporting is indicative of the contribution that Mandela and the South African revolutionary struggle have attained over the decades.