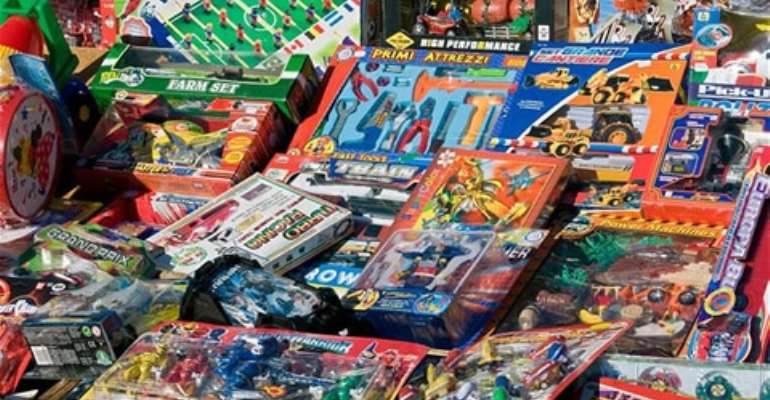 A United Nations report has revealed that young children and pregnant women in developing countries including Ghana are exposed to high levels of toxic lead in paints used to decorate toys.

The United Nations Environment Programme  reported http://www.unep.org/newscentre/Default.aspx?DocumentID=2752&ArticleID=9657&l=en of danger of exposure to paints in colours red and yellow particularly in the course of a recent International Lead Poisoning Prevention Week of Action.

UN says parents painting their child's nursery a cheerful red, or handing their child a colourful toy may, through no fault of theirs, be exposing the child to lead - a pernicious toxin.

According to the World Health Organization exposure to lead paint can be particularly grave among children, especially those living in low and middle-income countries which account for 99 per cent of children affected by high exposure to lead.

An estimated 143,000 deaths per year results from lead poisoning, often linked to lead paint, while some 600,000 new cases of intellectual disabilities are linked to childhood lead exposure.

The UN study found that the majority of the paints tested would not meet regulatory standards established in most highly industrialized countries and that few countries have established regulatory frameworks for lead paint.

The report is aimed at raising awareness among Governments, manufacturers and consumers not just that the problem exists, but that there are cheaper and safer alternatives to lead already in.