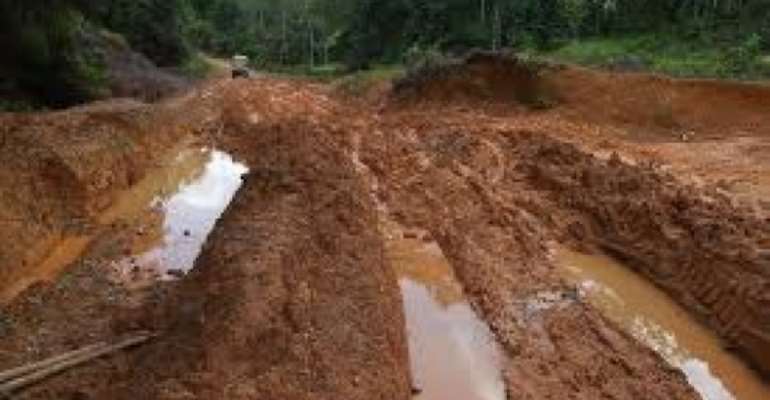 The Ghana Private Road Transport Union (GPRTU) has expressed worry about the bad nature of roads in the Eastern Region and said it took more than one hour to make a journey that should normally take 30 minutes.

Mr Johnson Kyere, Eastern Regional Chairman of the GPRTU, who addressed the regional meeting of the union in Koforidua, mentioned the Suhum-Asamankese, Asamankese-Adeiso, Koforidua-Bunso, Suhum-Apedwa Junction, Aburi-Nsawam and Suhum-Nsawam roads as some of the deplorable ones in the region.

He said for many years the union had drawn government's attention to the deplorable nature of those roads, “but unfortunately not much has been done to improve their condition apart from the occasional re-surfacing.”

The Chairman said the answer to the very deplorable condition of those roads did not lie in the occasional resurfacing but re-construction.

Mr Kyere said the deplorable nature of roads in the region was seriously affecting economic activities and appealed to the government to take steps to speed up construction work on the Nsawam-Suhum road.

Mr Kyere said construction work on that section of the Accra-Kumasi road has stalled, adding “We believe that completion of this section of the road will reduce traveling time from Accra to Kumasi.”

Mr Samuel Tetteh, Eastern Regional Commander of the Motor Traffic and Transport Unit (MTTU) of the Ghana Police Service, said  spot fines would soon be implemented and urged drivers to prepare for that.

Mr. Kwasi Tsibu Yirenkyi, Eastern Regional Manager of the National Road Safety Commission, expressed worry about the number of road accidents recorded in the region between January and September.

He said the high rate of road accidents in the region was as a result of indiscipline on the roads and urged drivers to make this year's Christmas accident-free.

Ms Mavis Ama Frimpong, the Deputy Eastern Regional Minister, said  the government was committed to ensuring that all  road networks in the region were put in good shape.

She mentioned that a number of them had been put on tender and very soon contracts would be awarded.

Alhaji Yaw Manu, National Chairman of the GPRTU, appealed to drivers  to adhere to the rules and regulations of the driving profession to reduce road accidents.