Uganda will not hand over fleeing M23 rebels to DR Congo 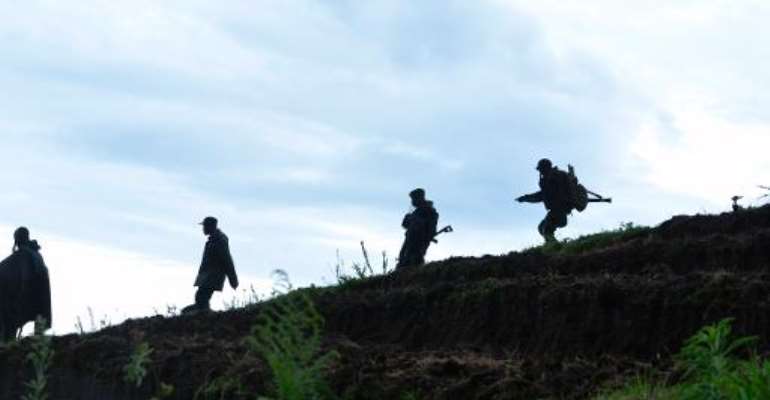 Kampala (AFP) - Uganda will not hand over to the Democratic Republic of Congo M23 rebels who fled after a resounding military defeat, the spokesman for the army and the defence ministry said Friday.

"They are not prisoners; they are soldiers running away from a war so we are receiving them and helping them because it is our responsibility," Colonel Paddy Ankunda told AFP, adding that Uganda had also welcomed fleeing soldiers from the DRC's national army earlier in the year.

The March 23 Movement, a group formed 18 months ago, and which both Rwanda and Uganda have been accused of backing, was defeated by the Congolese army with the backing of United Nations forces and on Tuesday announced that it was putting an end to its military operations.

Uganda military officers said Thursday that some 1,500 insurgents from the M23 had crossed the border and surrendered.

"They will not be handed over to DRC. The peace agreement will determine, in matters of reintegration and reinsertion, the fate of the M23 soldiers," Ankunda said, referring to an agreement that was being negotiated under Ugandan mediation between the DR Congo government and the M23 before the resounding military defeat.

A further 95 men, all wounded, sought refuge in neighbouring Rwanda, where they are receiving medical treatment, according to the local Red Cross.

Analysts have cast doubt on the figure of 1,500, saying that the entire M23 force numbered only around 1,000 men at the end of October.

They have suggested that the figure given by Uganda may include insurgents' family members.