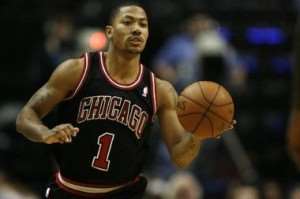 While Derrick Rose (13-4 / 14 2-point and 1/3 from behind the arc) accepts responsibility for the sluggish Bulls season, it is the collective that has failed to shoots (42/93) that night against Philadelphia (see boxscore). After his remarkable statistics against the Miami Heat, Michael Carter-Williams was expected this meeting. 76ers rookie answered this with a Dual (26 pts, 10 feet), plus 4 rebounds and 3 steals.

Kumasi Kwadaso: We will vote for NDC - Angry Atwima Takyiman...
2 minutes ago