2 Die In Shooting At Yeji 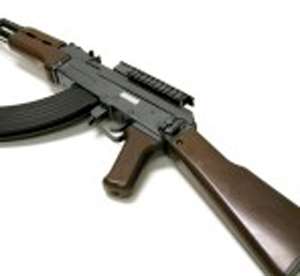 Two people died and 12 others sustained various degrees of injury during a youth durbar at Yeji in the Brong Ahafo Region.

The deceased were identified as Kwadwo Yakubu, 40 and Kofi David, 32.

He said on the morning of Friday, October 25, this year, the police received information from Pemampem Yaw Kagbrese V, Omanhene of Yeji Traditional Area and President of the Brong Ahafo Regional House of Chiefs, that the Yeji Youth Association was organizing a durbar at Yeji.

ASP Tawiah said according to Pemampem Kagbrese, one Nana Agyare Boffour II, chief of Kwadwo Boffour Krom, a suburb of Yeji, who was not recognized as a chief had decided to also attend the durbar.

He said Nana Boffour ignored the advice from the police and attended the durbar with his supporters and drummers.

ASP Tawiah said as soon as Nana Boffour and his supporters reached the durbar grounds, five occupants of a taxi that pulled up fired gunshots.

He said before police personnel could reach the scene the assailants had left.

He said nobody had been arrested and efforts were being made to trace the assailants.