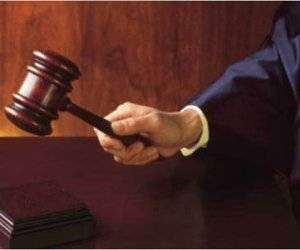 He was convicted on his own plea.
Prosecuting, Detective Chief Inspector Oscar Amponsah told the court presided over by Mr. Samuel Obeng Daiwuo that the complainant, Mrs Grace Ama Debrah, is the operational manageress of the said company and the convict was her employee.

Chief Inspector Amponsah said about three months ago, the convict was assigned to send out some items, including assorted soap, from the company for sale.

According to the prosecution, some months later the complainant noticed shortage of goods worth 10,882.26 Ghana cedis.

Chief Inspector Amponsah said when Arthur refused to render proper accounts for goods sold, Mrs Debrah reported the matter to the Police and he was arrested.

The prosecution said Arthur in his cautioned statement, admitted the offence and  explained that he had made use of the money.