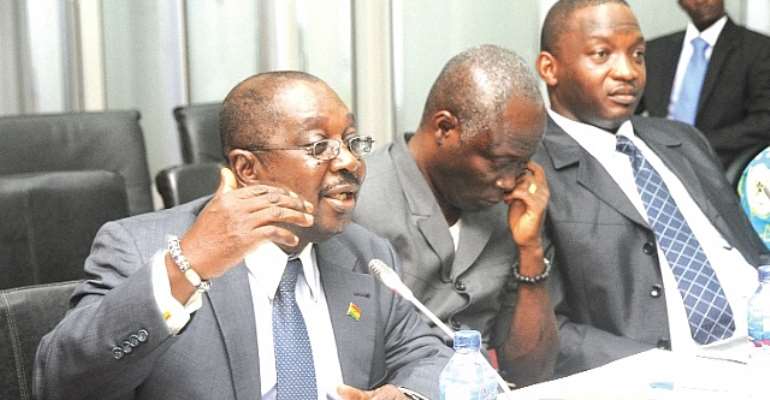 The Public Accounts Committee (PAC) of Parliament has condemned managers of the Ghana International Trade Fair Company for paying huge allowances to the members of the company's board of directors, in spite of the fact that the company keeps recording losses.


It was discovered that the sitting allowances of members of the board were increased by 170 per cent at a time the company's balance sheet was in the red.

Mr Kweku Agyeman Manu, the Chairman of PAC, and other members of the committee who were considering the 2010 Auditor-General's report on the company at yesterday's sitting could not understand why huge amounts were paid to the directors, even though the company was making losses.

The Deputy Chief Executive Officer of the company, Nana Kwame Ofori Amanfo, told the committee that the 170 per cent sitting allowance increase was to motivate the board members, since the allowance had remained the same since 2001.

Among other things, the PAC was not happy with the company's system of accounting and the chairman advised the managers to put in place a strategy to ensure that it generated profit.

Ghana Standards Board
The committee advised the Ghana Standards Authority (GSA) when it appeared before it to review the 2011 Auditor-General's report to wean itself from government subvention, since it generated enough funds to support its operations.

'I do not understand why you are asking for more time before you wean yourself off government support because you are more than capable of supporting yourself,' Mr Solomon N. Boah, the Member of Parliament for Bunkpurugu and member of the PAC, said.

The Deputy Executive Director of the GSA, Mrs Elizabeth H. Adetola, informed the committee that the authority had plans of weaning itself off government support and that there was a business plan which projected that by the next two years the GSA would fund its operations with its internally generated funds.