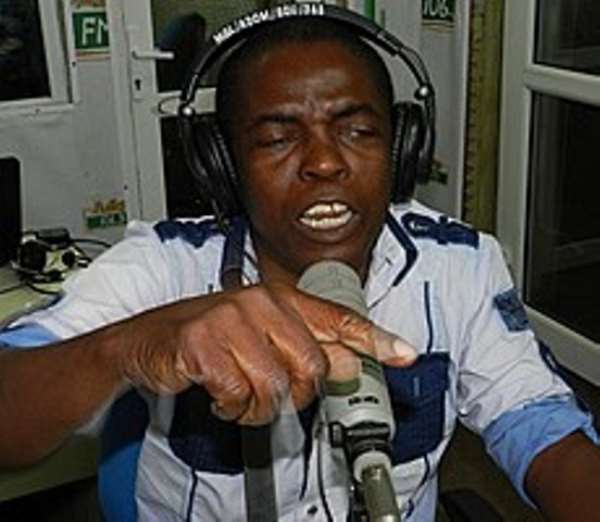 The Managing Editor of the Insight newspaper, Mr Kwesi Pratt, has condemned attempts by the Accra Metropolitan Assembly (AMA) to compel Taxi drivers in the capital to join unions.

He was contributing Friday to a discussion on Peace FM, an Accra-based radio station.

Making reference to the 1992 constitution, Mr Pratt said the AMA's demand for taxi drivers to join unions before they were allowed to operate in Accra was unconstitutional.

'Nobody can be forced to join a union', he said, adding, 'Freedom of Association is enshrined in the 1992 constitution.'

He described the AMA's enforcement of the demand as 'naked harassment', saying,  'It does not make sense."

Mr Pratt said the exercise was a violation of the rights of taxi drivers - a development he said must be frowned upon.

The AMA has maintained that its demand for taxi drivers to join unions is consistent with Legislative Instrument (LI) 2180 (2012), which regulates the operations of commercial vehicles under the various metropolitan, municipal and district assemblies (MMDAs).

But Mr Pratt rejected that explanation on the basis that LI 2180 was inferior to the constitutional provision of Freedom of Association.

Though the AMA's effort to enforce LI 2180 has received backing from the Ghana Road Transport Co-coordinating Council (GRTCC),  taxi drivers in the capital have rejected and threatened to resist what they say is an 'unfeasible' idea.

The taxi drivers Tuesday put their words into action by blocking part of the Accra-Nsawam road to protest what they described as persistent harassment by members of the Traffic Security Task Force of the Accra Metropolitan Assembly (AMA).