ICC calls on US to arrest Sudan genocide suspect Bashir 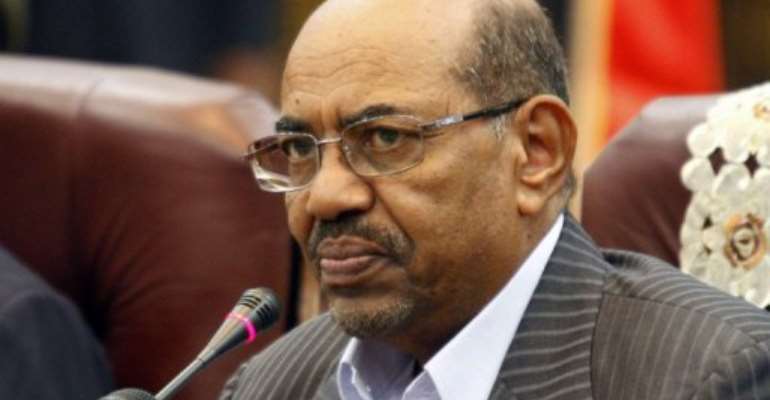 THE HAGUE (AFP) - The International Criminal Court on Wednesday urged US authorities to arrest Sudanese President Omar al-Bashir, an indicted war crimes suspect, should he travel to New York for a UN summit.

The court has asked "the competent US authorities to arrest Omar al-Bashir and surrender him to the court, in the event he enters their territory," it said in a statement.

Bashir, who is wanted by the International Criminal Court for genocide in Darfur, has embarrassed the US government and the United Nations by seeking a visa to enter the United States to attend the annual UN General Assembly next week.

Washington opposes Bashir attending the annual meeting, but it has refused to say whether it can or will block the Sudanese leader.

The US is not party to the ICC's Rome Statute and therefore has no obligation to arrest Bashir, despite having itself accused him of genocide in the western Darfur region.

The UN is letting the US authorities take the lead while indicating Bashir's presence would be a problem.

The court recalled that it had in 2010 asked all UN Security Council members that are not states parties to the Rome Statue, including the United States, to arrest Bashir.

"Non-states parties may decide to cooperate with the court on an ad hoc basis," The Hague-based court said.

The ICC issued arrest warrants for the Sudanese leader in March 2009 and July 2010 and he now faces 10 counts of war crimes, crimes against humanity and genocide in the decade-old Darfur conflict.

ICC signatories have a duty to arrest Bashir.

But the president has since played cat-and-mouse with ICC investigators and supporters, frequently travelling to some African countries. However, Saudi Arabia in August refused to let Bashir use its airspace to reach Iran, forcing him to return to Khartoum.

The UN headquarters in New York is extra-territorial but Sudanese citizens would need a visa to enter the United States to get there.