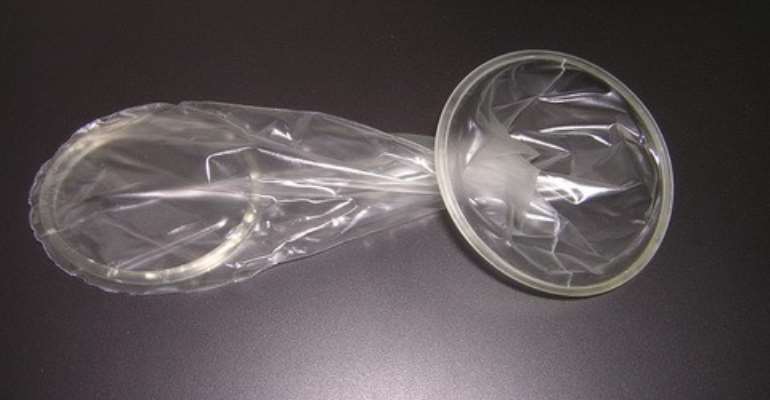 A survey by The Independent has shown that Ghanaian women, unlike the men are shying away from using female condoms.

"It is not practical, it is ugly, I have ever used it, it does not contribute to pleasure," this shows that the female condom does not find its place in Ghana.

Traditionally, condom has been the number one way that men have been able to take control over the sexual health of both themselves and their partners. It is the third most common form of contraceptive, following pill and tubal ligation.

Since its 1993 debut, the female condom has suffered from a bad reputation. The difficulty in inserting female condom, fear of it bursting or getting stuck into the womb and other subjective reasons have led to the shunning of female condoms by Ghanaian women.

A visit to many shops and pharmacies in Ghana show that the patronage has hit a record low as compared to male condoms. People (even women) are patronising the male condoms because it is easy to use, cheap and sometimes available for free.

In an exclusive interview with The Independent, the Public Relation Officer of the Ministry of Health, Anthony Goodman allayed fears of women, saying, female condoms have no negative effects on women as speculated.

According to him, the reason for the low patronage of the female condom is that, the society has come to accept the reality of women buying condoms for sex.

“It is not easy for Ghanaians to just accept anything new in the Market”, said Mr. Goodman.

He believes that with time, the dynamics of societal beliefs would change and women would have the boldness to use condoms.

The Ministry of Heath, according to the PRO, is doing its best in importing both the male and the female's condoms into the country but the onus lied on the distributors to do even distribution across the country.

The Public Relation Officer however cautioned the general public to be vigilant about “Be Safe” Condom because it is fake and dangerous to the health of Ghanaians.

'Give peace a chance', ICoast ex-president tells police
2 minutes ago