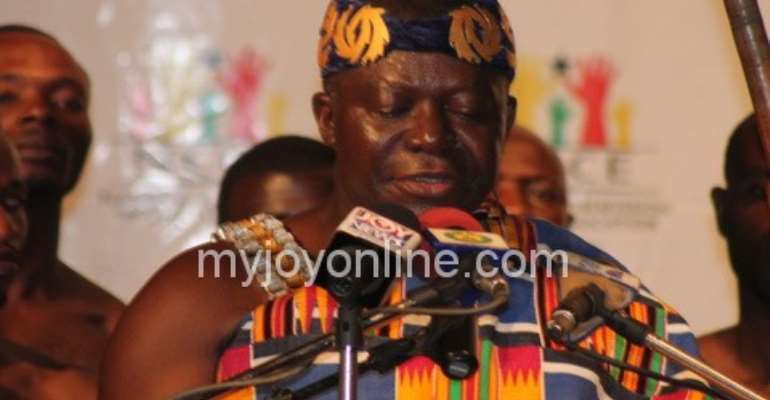 The Manyia palace has filed a complaint at the National Media Commission (NMC) against the editor and publisher of the New Free Press online news portal.

It follows an emergency meeting on Thursday by the Asanteman Council over media allegations that the Asantehene, Otumfuo Osei Tutu II bribed the Supreme Court judges to secure a favourable judgment for the respondents.

A statement released after the meeting described the publication as malicious and vicious falsehood.

Daasebre Osei Bonsu II, the Chairman of the Standing Committee of Asanteman Council remarked: "The meeting took a serious view of the grave, malicious and vicious falsehood contained in the publication, calculated to castigate the honour and dignity of Otumfuo Osei Tutu II the Asantehene."