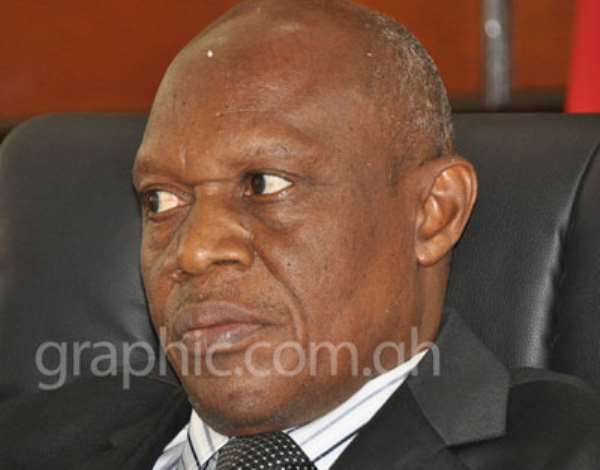 Two legal practitioners have advised the public to be respectful, circumspect and objective in their criticism of the Supreme Court judgement on the election petition, or fall foul of the law of contempt.

They said despite the fact that the court had pronounced its judgement on the petition brought before it, people could be cited for contempt of court if their criticisms of the judgement was scandalous, disrespectful and unfair.

Sharing their thoughts on the aftermath of the Supreme Court judgement in separate interviews with the Daily Graphic, the Public Relations Officer of the Ghana Bar Association (GBA), Mr Tony Forson, and a private legal practitioner, Mr Rockson Nelson Dafeamekpor, advised the public to be cautious in commenting on the judgement of the court.

They said the law recognised that in criticising judges, one must be fair, explaining that although contempt was a quasi-criminal offence because even though that arose from a civil matter, the effect of punishment could be a custodial sentence.

According to them, the law on contempt was any disobedience to the orders or rules of a judicial or legislative body which could impede or obstruct that body in the lawful discharge of its legitimate duties or which could interfere with the due, orderly and timely administration of the law.

Mr Tony Forson's View
Mr Forson said where a court gave an order in a civil matter and that order was breached, the person in breach could be sent to jail if it was established that there was wilfulness in the breach.

He said the law of contempt existed to protect the authority of the court so that any act which brought or had the capability of bringing the administration of justice into disrepute amounted to contempt.

He said that was the reason why the GBA was of the view that it was difficult to codify contempt because it was defined as 'any act that brings the administration of justice into disrepute'.

Mr Forson explained that at one point, an act might constitute contempt, while in another instance that same act might not amount to contempt because of the changing times.

He said it was against that background that one had to be circumspect in criticising the courts.

Mr Forson said judges were human and exercised their authority from the powers given to them by the Constitution.

He said natural justice demanded that the one being criticised or accused was given the opportunity to respond, but in the case of judges, they could not respond to criticisms.

Mr Dafeamekpor's view
For his part, Mr Dafeamekpor said the law on contempt was any disobedience to the orders or rules of a judicial or legislative body which impeded or obstructed that body in the lawful discharge of its legitimate duties, or which interfered with the due, orderly and timely administration of the law of the land.

He said usually the punishment was directly proportional to the enormity of the offence in each case.

Mr Dafeamekpor said the law of contempt was a common law doctrine which had foundation in jurisprudence of upholding the court's power, adding that exercise of this doctrine therefore was inherent in the court.

He, therefore, advised the public to be civil in their language and refrain from the use of abusive, derogatory languages and particularly avoid tendencies directed at injuring the reputation of the judges or impairing the lawful respect of the authority of the court.

He said the language of any person wanting to comment on the judgement that had been delivered should be civil and be done in a respectful manner.

Mr Dafeamekpor explained that the judgement was technical, pointing out that 'it is important for people to consult lawyers to explain to their understanding what the court has put down in its judgement'.

He said it was the reason of the judges that should be looked at and discussed in civil language, as well as in a lawful manner.