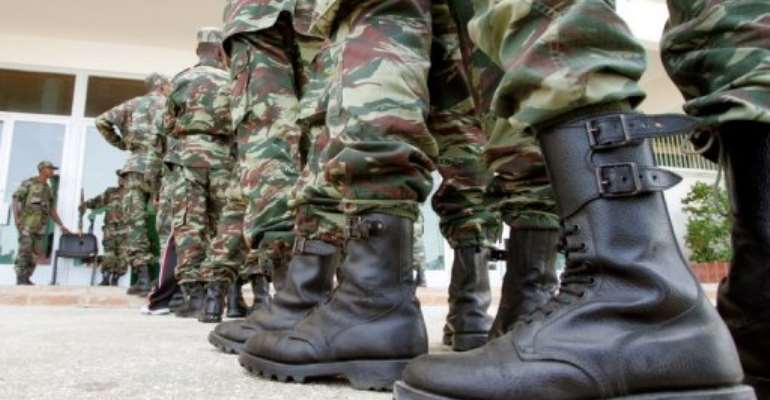 Mauritanian soldiers stand in line to vote at a polling center in Nouakchott on March 25, 2007. By Georges Gobet (AFP/File)

NEMA, Mauritania (AFP) - Mauritania said Wednesday it would send soldiers to the United Nations peacekeeping force charged with ensuring security after elections in conflict-scarred Mali -- but only to areas near their shared border.

The MINUSMA force has replaced an African military mission which had been supporting French soldiers who entered Mali in January to halt an Islamist advance and to help the government re-establish its authority over the vast country.

Mauritania has promised to provide up to 1,800 soldiers to the mission, which is made up of around 6,300 mostly African troops.

Mauritania's contribution will be part of a planned doubling in the size of MINUSMA by the end of the year but Nouakchott says "technical details" have delayed the deployment.

"We have set our conditions: our contribution will be the deployment of our forces to the border areas... and not other parts of Mali," Mauritanian President Mohamed Ould Abdel Aziz told a "meet the public" event in the southeastern town of Nema.

The proviso goes against the wishes of the Malian government, which has requested that the Mauritanian soldiers be deployed to its borders with Niger and Burkina Faso, a Mauritanian government source told AFP.

"We are ready to participate in MINUSMA if these conditions are accepted," Abdel Aziz added.

He is tasked with leading the country's recovery from turmoil following a military coup and an Islamist offensive which was repelled by the French intervention.