The story of Eise Eisinga
By Femi Akomolafe 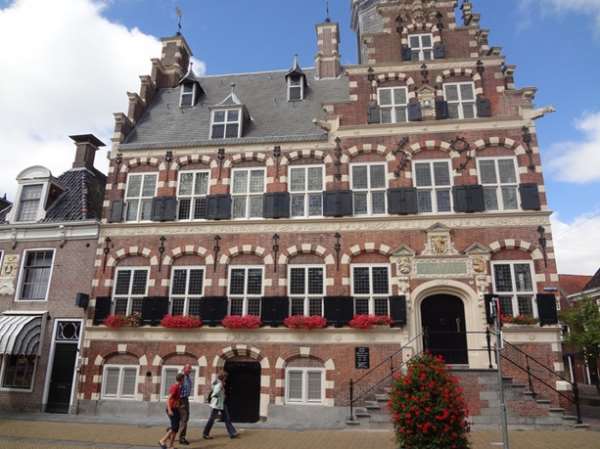 This column has very consistently advocated that the time has come for those of us in Africa to jettison old stupid beliefs, abandon unhelpful and ignorant superstitions, and join the rest of humankind in embracing science and technology.

History tells us that no people had ever improve their material condition who clung tenaciously to old beliefs. No progress has ever been made by people that waited for gods to help them.

No, we did not say that science is the answer to everything, but simply that without it, we will continue to wallow in self-induced, ignorance-engender poverty.

Knowledge is the only thing that rules the world today, and if we continue to be treated with contempt today, it is simply because we have not equipped ourselves with sufficient knowledge that will command the respect of other people.

It might seem weird or strange today, but few centuries back, much of the world, including Europe, was also in the same dark ages in which we remain we remain.

Ignorant and dubious priests made good living by attributing every phenomenon to the angers of gods. In order to keep people in ignorance and maintain their hold on them, they published fables and called them Bible. In these books, men and women and children were told fanciful tales about gods that frown on the acquisition of knowledge. Priests threatened those that chose to rely on their intelligence and struggled to acquire any form of knowledge. Reading and writing was banned - allowed only to these dubious priests.

However, one by one the veil of ignorance was lifted. Brave men struggled against all odds to acquire and disseminate knowledge. They experimented and published their findings. They refused the priests exhortations to disbelieve the evidences of their researches. They illuminated the world with the findings of their experiments.

Gradually, priestly lies gave way to science. Men unfettered their minds and soared. They experimented; they discovered. They shed light on nature's dark secrets. Diseases that were once attributed to the anger of the gods were explained as natural occurrences. Electricity was discovered, machines were built. Men began to live better. The power of the priests wane and untrammeled acquisition of knowledge, through experimentations, became the norm.

Sometime in the 1700s, in the Friesland (today a province of the Netherland), the alignment of the planets caused alarm among the people. Of course, Priests came forward to claim that it was a sign of anger from God. They falsely interpreted that their God's anger had been provoked and that the planets were on collision course that would end in a massive conflagration that would consume Mother Earth.

Great panic arose among the people; no one wanted to die in planetary conflagration.

Again we turn to Wikipedia: 'On 8 May 1774 a conjunction of the moon and the planets Mercury, Venus, Mars, Jupiter was forecast to appear. Reverend Eelco Alta, from Boazum, Netherlands, published a book in which he interpreted this as a return to the state of the planets at the day of creation and a likely occasion for Armageddon. Alta predicted that the planets and the moon would collide, with the result that the earth would be pushed out of its orbit and burned by the sun. Due to this prediction there was a lot of panic in Friesland.

The canonical view holds that Eisinga decided to build an orrery in his living room to prove that there was no reason for panic.

To prove his point, Eisinga spent seven years to build the Eise Eisinga Planetarium in his livingroom at his house in Franeker, Netherlands. The orrery still exists and is the oldest functioning planetarium in the world.

Wikipedia: 'An orrery is a planetarium, a working model of the solar system. The "face" of the model looks down from the ceiling of what used to be his living room, with most of the mechanical works in the space above the ceiling. It is driven by a pendulum clock, which has 9 weights or ponds. The planets move around the model in real time, automatically. (A slight "re-setting" must be done by hand every four years to compensate for the February 29th of a leap year. The planetarium includes a display for the current time and date. The plank that has the year numbers written on it has to be replaced every 22 years.

To create the gears for the model, 10,000 handmade nails were used. In addition to the basic orrery, there are displays of the phase of the moon and other astronomical phenomena.

Eisinga was rewarded by becoming an honorary citizen of Franeker. The street of his planetarium was renamed "Eise Eisingastraat". On 5 May 1994 an 80 cent stamp was issued by the post office to celebrate his 250th birthday. In 2006 the planetarium was given permission to use the title "royal". Also in 2006 Eise Eisinga was included in the Canon of Dutch History which is taught in schools in the Netherlands.'

On August 6, 2013 I visited the planetarium and was fully wowed and impressed at how much men of four hundred years ago were able to achieve.

Luckily, unlike us, the Dutch take their heritage very seriously. The Planetarium is a well-preserved, hallowed place.

It is difficult to see all the machines and all the scientific instruments that men built about four hundred years ago and not be angered by the false postures and claims by parasitical priests in Africa, falsely preaching ideas that were debunked centuries ago.

It also made one feel sad that many Africans went to universities, obtained degrees including doctorates, and refused to employ their brains in scientific and rational endeavors. 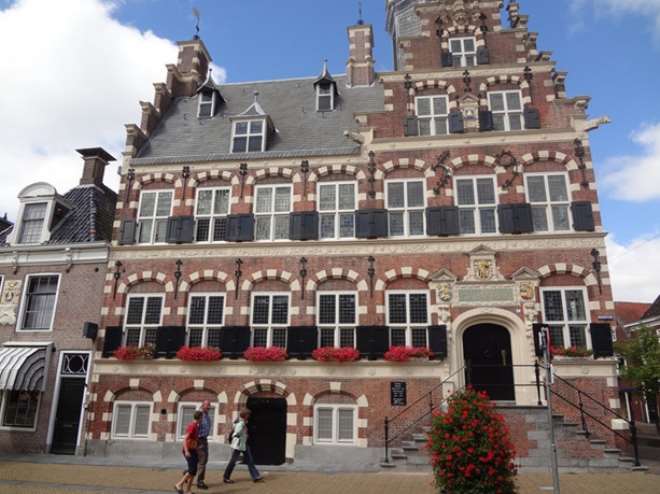 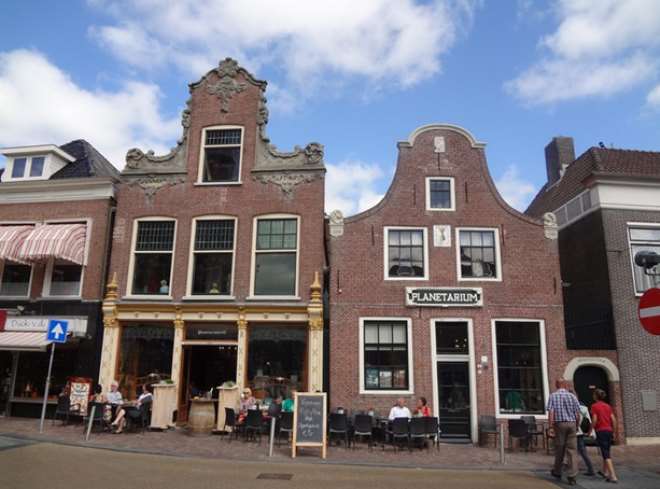 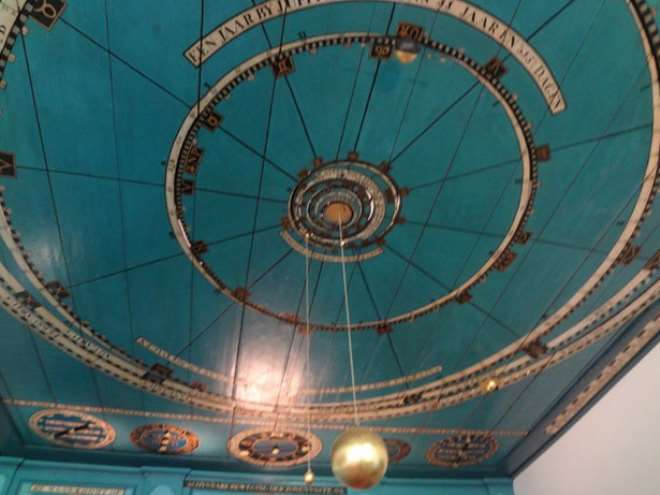 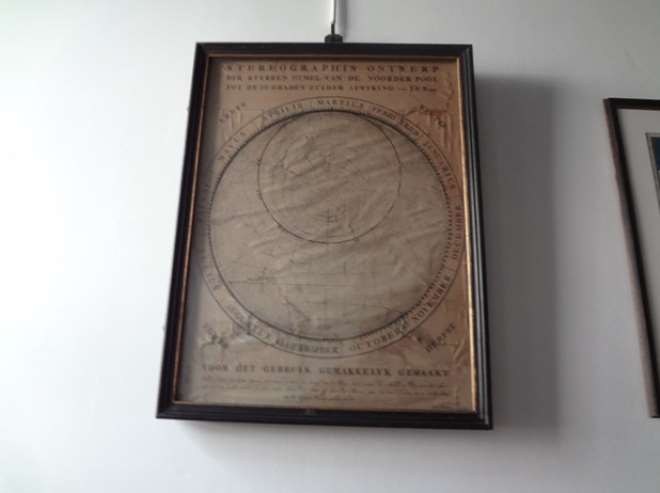 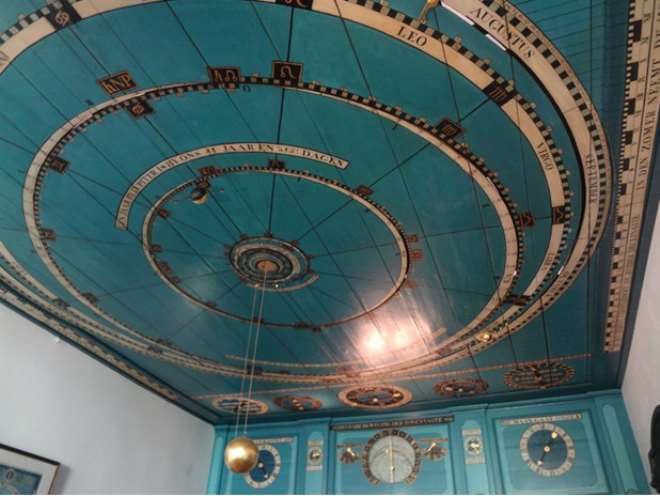 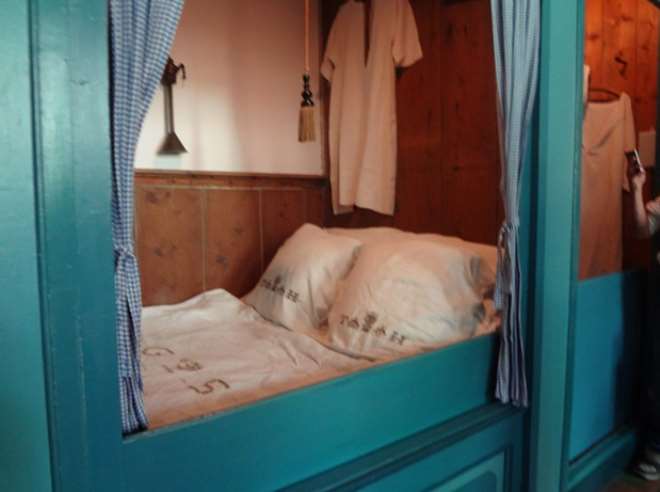 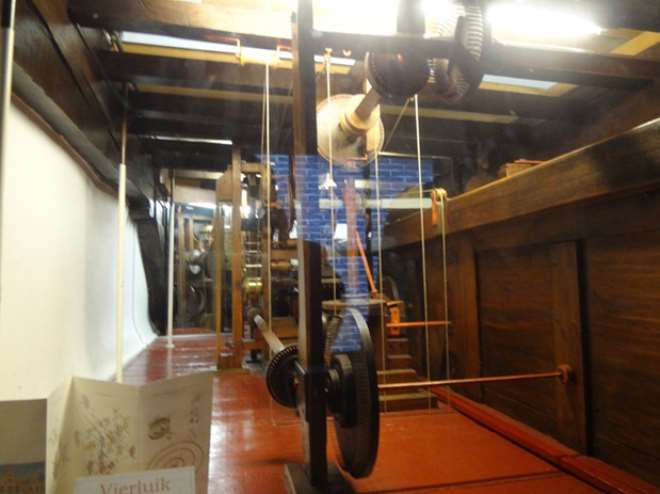 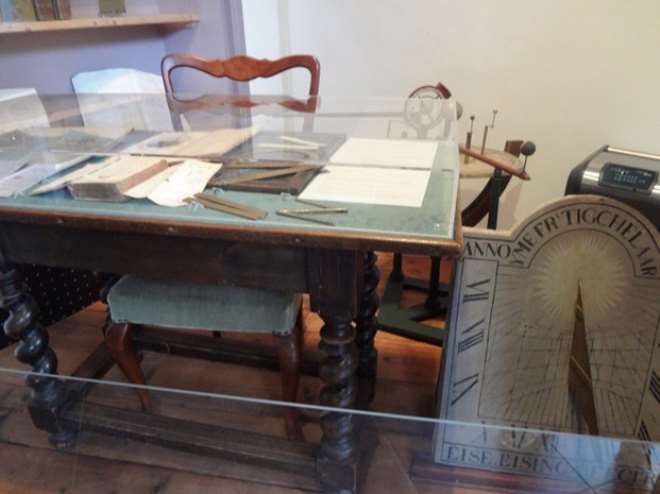 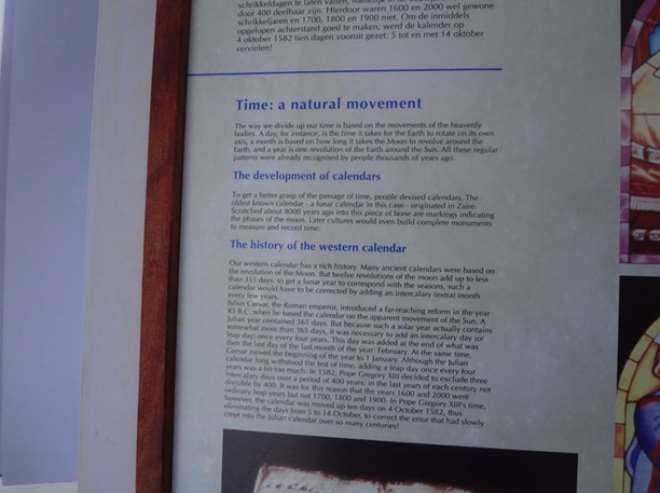 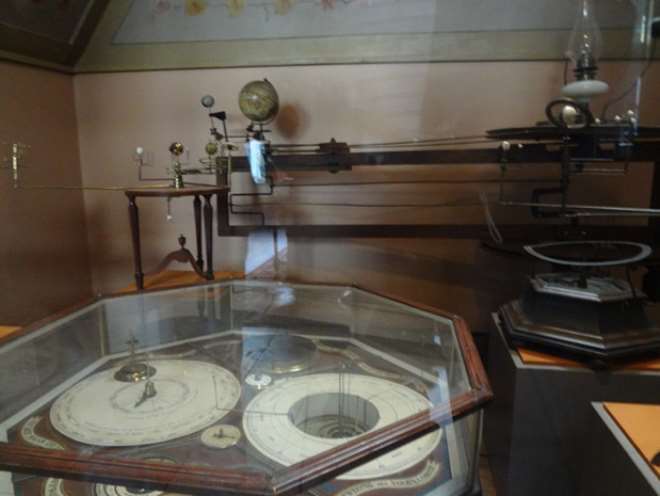 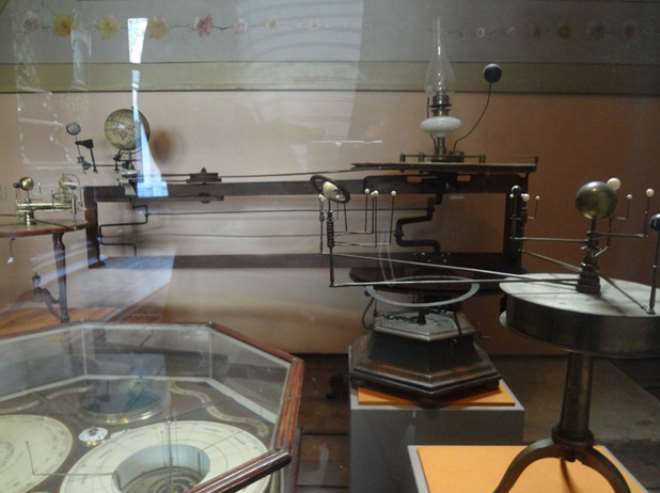 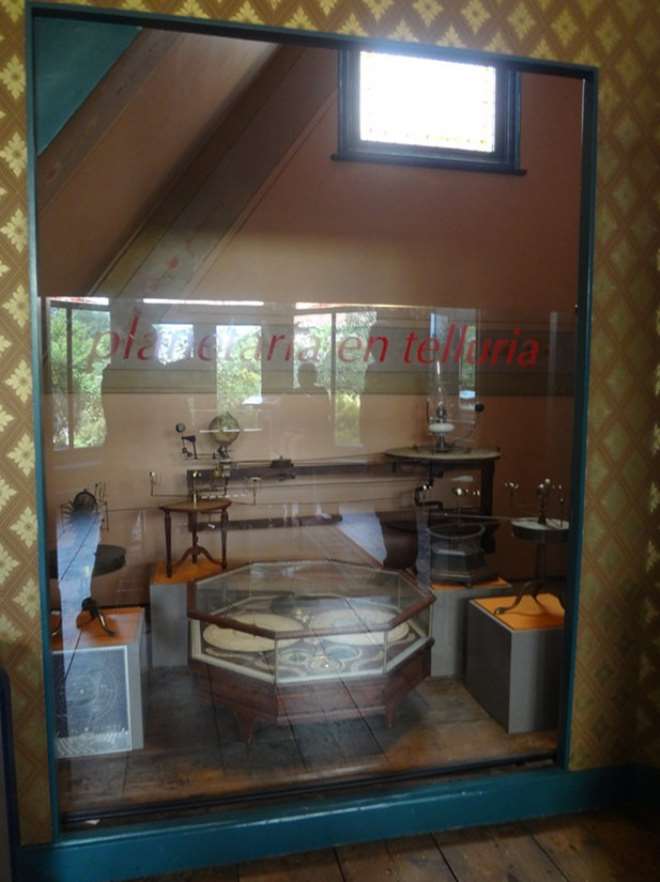 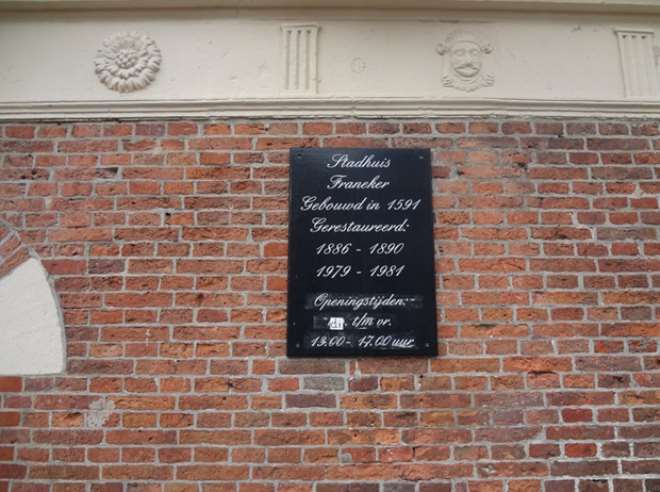 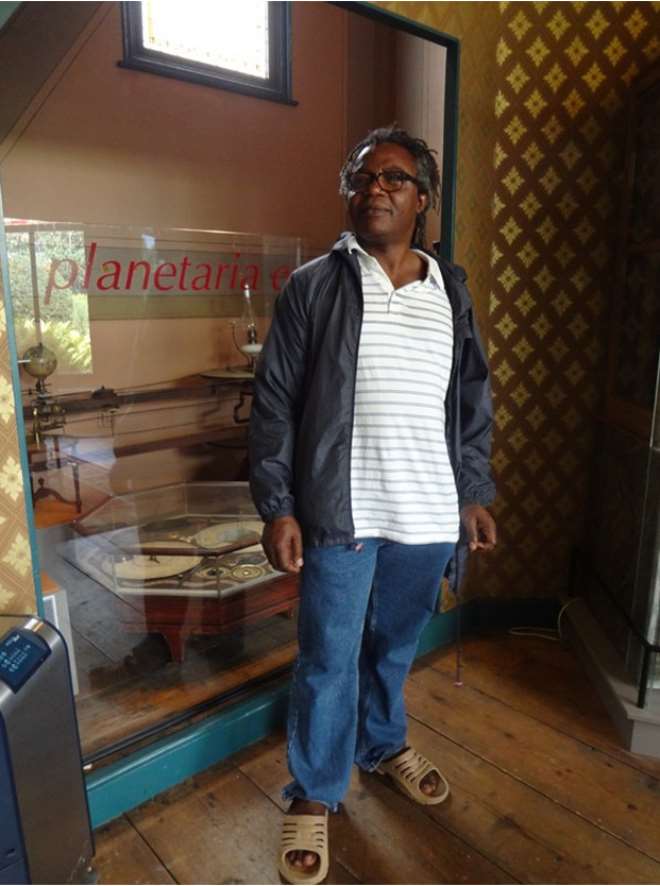 The author has 239 publications published on Modern Ghana.

NPP may lose 2024 elections if Bawumia is imposed as flag be...
4 minutes ago

Keep quiet and concede defeat because you couldn't perform —...
14 minutes ago