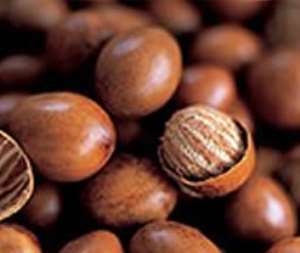 This follows the presentation of nursery equipment worth more than GH¢ 20,000 by the Cocoa Research Institute of Ghana (CRIG) to the organisation in Tamale.

The presentation of the equipment by CRIG followed a Daily Graphic report in its June 13 edition, captioned, 'Big rush for sheanut seedlings,' in which it was stated that Savanna Plantations intended to nurse two million seedlings for distribution to farmers.

The move, according to the report, was 'to meet the growing demand for shea seedlings by farmers, following the success of scientific research conducted at the Bole Substation of the Cocoa Research Institute of Ghana (CRIG), which helped in reducing the gestation period of the shea tree from about 20 years to six or less years'.

The report further stated that earlier reports by the paper about the reduction in the gestation period of the shea plant made many farmers from the three regions of the north inundate the offices of Savanna Plantations with calls for them to be supplied with shea seedlings to enable them to establish shea plantations.

Impressed with the decision of the organisation to nurse the seedlings, coupled with earlier commitments to promote the cultivation of shea trees, CRIG decided to present the equipment to the organisation to enable it to meet the expectations of its numerous clients.

The Principal Public Affairs Officer of CRIG, Mr Bishop Kabutey, who presented the items on behalf of the Executive Director of CRIG, Dr Franklin Manu Amoah, expressed delight in the decision by Savanna Plantations to make use of his organisation's research findings to improve the lives of many people.

'It will be unfortunate for us to conduct researches and allow the findings to lie on the shelves and gather dust. We are happy that organisations such as Savanna Plantations are implementing those findings for the benefit of the larger society.

'We have, therefore, decided to partner such organisations to let the benefits of our findings get to the grassroots level', he said.

The Northern Regional Co-ordinating Director, Alhaji Alhassan Issahaku ,commended CRIG for deciding to help farmers implement some of its research findings. He said the contributions by CRIG would help the dormant shea industry to realise its potential.

He asked Mr Sorku Yahuza, the District Chief Executive (DCE) for North Gonja, where the nursery would be sited, to assist Savanna Plantations to carry out the project since its success would help alleviate poverty in the area.

The DCE commended Savanna Plantations for putting the vast arable land in the area to good use and called on other investors who had the intention of investing in agriculture to consider North Gonja District since his office would assist such people and organisations to achieve their aims.

The Project Co-ordinator of Savanna Plantations, Mr Issah Sulemana, said the presentation was the second time his organisation was receiving such assistance from CRIG.

He also said his organisation was able to raise more than 300,000 seedlings with the assistance of the first donation 'and most of those seedlings were bought by the Savanna Accelerated Development Authority for its afforestation project'.

Nkoranza youth clash with police over ‘suspicious’ murder of...
46 minutes ago