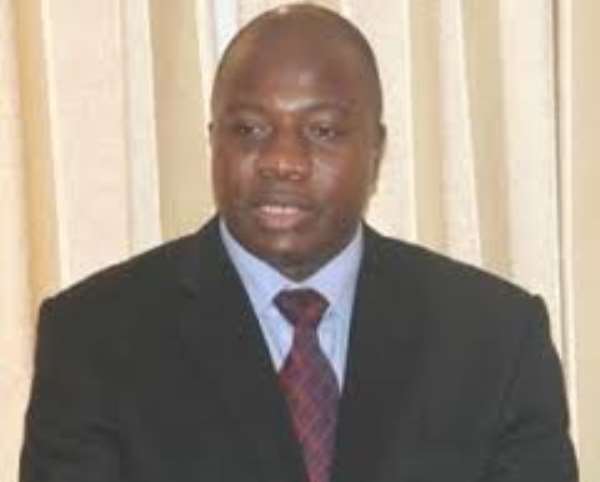 Even before the committee set up by President John Dramani Mahama to investigate the fraudulent activities at the National Lottery Authority (NLA) releases its report, The Chronicle can report on authority that some of the big men and all those connected with the fraud have started panicking over the recommendations that may follow the report.

A source, which spoke to The Chronicle, said the fallout from the Ghana Youth Employment and Entrepreneurial Development Agency (GYEEDA) report has sent shivers down the spine of some the big men at the NLA, who collaborated with their junior staff and other accomplices masquerading as lotto receivers to steal over GH¢4.5 million or 45 billion old cedis, through dubious means from the state-owned lottery institution.

Following the reported looting of state cash at the NLA, President Mahama, in April this year, ordered the Minister of Information, Mahama Ayariga, to conduct full scale investigations into the case, for the necessary action to be taken. This was after his office had ordered the Director General of the NLA at the time, Mr. Kojo Andah, to proceed on leave, and hand over the day to day administration of the Authority to Brigadier Martin Ahiaglo, who is to act until a new Director General was appointed.

Andah was also asked to report to the Ministry of Finance for re-assignment after the expiration of his leave. He was, however, not accused of any wrongdoing.

The Chronicle investigation at the time revealed that some of the top level management officials of the NLA, in connivance with some of their Regional Directors, had procured lotto kiosks for trusted friends in the regions.

When the lotto numbers are drawn in the evening, the top management officials involved in the deal in Accra would relay the numbers to some of their regional directors, who also know about the deal, to steal money from the state.

They (Regional Directors), in turn, would ask their trusted lotto kiosks operators to write the winning numbers and submit them undercover to them. Upon the receipt of the numbers from the kiosk operators, these directors would slot them into the data system, and submit them to the head office in Accra, as part of the winning tickets.

This way, big winnings are then paid to their own men and women to be shared among them. It was further revealed that when some of the top officials were hinted about a possible removal from their positions during the late Atta Mills' government, a whopping 37 billion old cedis was won in some of the regions.

On Monday, March 25, 2013, one of the agents working for a top NLA official was arrested at the Kumasi branch of the National Investment Bank (NIB), when he attempted to cash a whopping sum of GH¢35,000 from a 'winning' ticket. The Chronicle gathered at the time that the GH¢35,000 the fraudster had wanted to cash was rather on the low side, and that through fraudulent means, these nation wreckers cash between GH¢10,000 and GH¢500,000, using fake winning tickets almost every week.

An official source contacted at the NIB confirmed the story, but refused to name the suspect involved, saying the police were conducting investigations into the case. According to him, though the serial number of the ticket presented by the suspect was in the system, the cashier refused to pay until it was verified from the correct source.

It was during the investigation that the serial number, which initially appeared valid in the system, turned out to be fake, leading to the arrest of the suspect, and his being handed over to the police.

Surprisingly, when this reporter contacted the Ashanti Regional Police Command for conformation about the arrest of the suspect at the time, (May, 2013), they denied knowledge of the report.

According to the Regional Public Relations Officer, he had checked at the Central Police Station in Kumasi where the said report was made, but his colleagues denied receiving any report in connection with the fraud.

As at the time of filing this story (yesterday), there was no official report about the prosecution of the alleged fraudster who was arrested by the NIB officials and allegedly handed over to the police.

Attempts by The Chronicle to contact the Minister for Information, Mahama Ayariga, who was to spearhead investigation into the fraud, proved futile, as he failed (refused?) to pick his calls. A text message sent to him was also not responded to.

Some of the lotto receivers, however, told The Chronicle that the early release of the report, and the subsequent exposure of those behind the fraudulent activities at the NLA, would help to streamline operations of the Authority.

According to them, some of the people they suspected to be behind some of the deals were still at post, and this would not be in the interest of the state.

Procurement, Aviation , other five Ministries to be scrapped
2 minutes ago