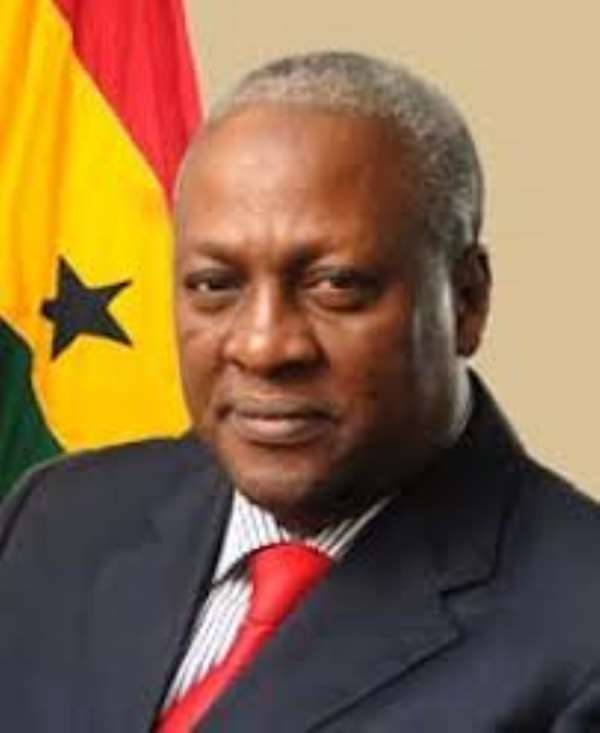 The youth wing of the ruling National Democratic Congress (NDC) in the Mpohor District is fuming with rage over alleged intimidating posture and ineffective leadership style of the District Chief Executive (DCE) of the area, Hon. Anthony Bassaw.

They have, therefore, in a six point petition that ranges from cronyism, marketability and human relations called for his immediate dismissal from his post and to appoint a new political head for the district.

The petition, addressed to the President through the Minister of Local Government and Rural Development, Hon. Kwesi Oppong Kusi, alleged that the behaviour of the DCE had impacted negatively on his performance over the last four years and threatening the future of the party in the area.

Mr. Bassaw was the political head of the then Mpohor Wassa East District, but with the creation of new districts in 2012, has found himself at Mpohor. Spokesperson for the youth, Sampson Fiati, told The Chronicle an interview that Mr. Bassaw's re-nomination would be disastrous to the party, since his continuous stay in office, on a daily basis, set umbrella family apart.

'The human relation of the DCE is very poor and has become a matter of serious concern to us. He is always intimidating and arresting individuals, especially party members, as a means of silencing them with the least provocation. This can make the party unpopular and unattractive, as well as diminishing its support base. There were instances, where he verbally and physically attacked a ward coordinator in Mporhor', he noted.

Mr. Bassaw has, however, denied all the allegations being leveled against him when The Chronicle contacted him to react to the story, saying 'nobody can satisfy anybody.'

But Fiati insisted that due to the intolerant attitude of the DCE, cohesion in the current state of the party in the District was very porous to the extent that the opposition continues to make mockery out it.

A living testimony of the management style of the DCE, he noted, was the blatant refusal to receive and acknowledge the presence of the Member of Parliament for Wassa East and Deputy Minister of Roads and Highways, Hon. Isaac Adjei Mensah at a funeral ground of a cadre in Mpohor. The NDC youth also accused the DCE who has lost two Parliamentary elections for failing to support and execute party activities during the electioneering campaign.

According to the youth, instead of Hon. Bassaw to use the Assembly's resources to fund the resurfacing of bad roads linking some communities in the district, the DCE allegedly resorted to demanding fees from the poor communities before executing the task.

To the youth, their DCE abhors team work and does not believe his second term in office would enhance the fortunes of the party in next general elections.

'He declined the opportunity offered him to receive the sitting Vice President into the District who was then in the region to step up the party's campaign in the 2012 elections. This was a major blunder on the part of the DCE,' the youth argued in part of the petition to the President.

They pleaded with President John Dramani Mahama to critically review the leadership style of Hon. Bassaw since 'Family members and close friends are being used for making decisions and other relevant matters that border on the development of the district.'

To complement their claim, the youth pleaded with the President to set up a fact finding team to visit some of the communities in the erstwhile Mpohor Wassa District which had its capital at Daboase to get first-hand information from the people regarding the performance

of the DCE.
Reacting to the allegations in a telephone interview with The Chronicle on Sunday, Hon. Bassaw said there was no iota of truth in whatever the youth have written to the President.

He said his human relation with party fateful in the district was impeccable contrary to claims by the youth. 'Those youth are pursuing their personal agenda. They are supporting somebody's candidature. They have all benefitted from me,' he noted.

He said his leadership style earned him the best performing DCE in the Western Region in 2012 and does not see the reason why he would not be able to manage a small district carved out from a bigger one that he previously managed.

With regards to arrest and intimidation of party members, Hon. Bassaw said those who found themselves behind bars was as result of impersonation in an attempt to gather signatories to spearhead an agenda to remove him from office.

'Just after the branch elections, they went round to collect signatories of petitioners but when those guys refused, they impersonated them. So, it was those that were impersonated that reported them to be arrested and not me,' Hon. Bassaw explained.

He also refuted the allegations of cronyism and said 'before I take any decision, I always consult the constituency executives for advice.'

Hon. Bassaw again denied failing to acknowledge the presence of the Deputy Minister of Road and Highways at a cadre's funeral and argued that the acknowledgment was supposed to have come from the family of the deceased.

On why he declined an invitation to host the Vice President during the 2012 electioneering campaign, he said he was given a short notice which he thought was improper.

'I was not given sufficient notice to prepare adequately to receive the Vice President. In fact, the Vice President coming to my district would have inured to my own benefit and the party at large but that short notice was the problem. I explained to the deputy minister who called me and he understood my point,' he intoned in a soft voice.

On the issue of charging money from some communities before resurfacing their bad roads, the DCE argued that that was the policy directive of the Assembly since the task was very expensive for the Assembly to bear alone.

'When a community makes a request, the feeder roads engineer will go and assess the cost. The Assembly takes two-thirds of the cost with the remaining one-third going to the community,' noted Hon. Bassaw.

He said his four-year mandate has been reviewed by the President and have been re-nominated and confirmed for another term effective February 2013.