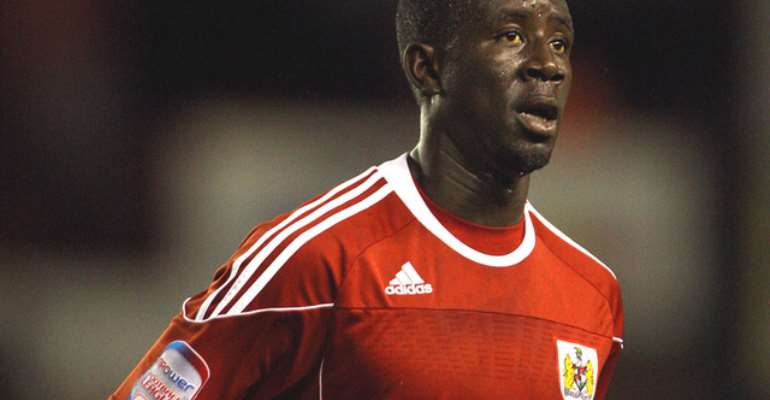 English Championship side Middlesbrough are in talks with Bristol City over a move for Ghana international Albert Adomah.

Sky Sports has reported that Boro look set to open their cheque book for the first time this summer by agreeing a deal in excess of £1million for the highly-rated winger.

Adomah has already made it clear to Bristol City that he does not want to play in League One following their demotion last season.

He needs to play in a higher league to save his international career after featuring at the 2013 Africa Cup of Nations in South Africa.

The 25-year-old, who has one year left on his current deal at Ashton Gate, handed in a transfer request which was rejected by the club.

Adomah began his career in non-league football before joining Barnet and then Bristol City in 2010.