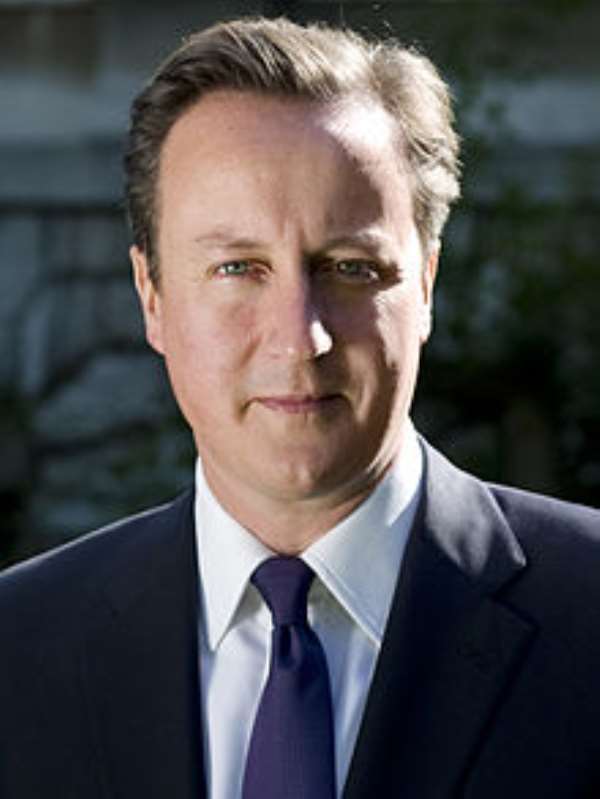 Ghanaian business executives have sharply criticized the government of the United Kingdom (UK) for introducing a policy that will require Ghanaian visitors to the UK to deposit a whopping amount of 3,000 equivalent to GHC9,000 to serve as a guarantee for their return.

The policy when introduced would ensure that visitors from Ghana, Nigeria and other 'high risk' countries in Africa, Asia, and Middle East will be forced to pay £3,000 cash bond before they enter UK.

A pilot scheme which would be introduced by the UK Home Secretary Theresa May in November this year, target hundreds of people coming to Britain on six-month visit visas from Ghana, India, Pakistan, Nigeria, Sri Lanka and Bangladesh.

The idea, to be piloted from November, is aimed at deterring people from “high risk” countries staying in the UK once their short-term visas expire. The refund of the bond money is contingent upon a visitor's compliance with the UK's immigration laws and regulations. People who flout the regulations will not be entitled to have the money back.

The business executives added their harsh voice to the many voices expressed in Ghana and all over the world.

A cross-section of business executives who spoke to the Business Chronicle in Accra yesterday said the policy was the UK Prime Minister's move of stopping Ghana from trading with UK.

Madam comfort Yeboah, a mobile phone seller at the Kwame Nkrumah Circle added 'if the UK Prime, David Cameron does want us to visit UK, then his people won't also come to Ghana'.

She encouraged the Ghanaian government to also formulate similar policy to stop the UK from importing its goods into the West African country.

I wonder why a country which claims that it believes in the free movement of people would introduce such as a draconian policy, Joseph Amankwah, shop owner stated.

Professor Bluwey said the move must strictly be opposed since it is only targeted at African, Asian and Middle East countries.

He added that the British conservative party has always been against foreigners entering their country and so the move did not come as a surprise to him.

Professor Bluwey added that the commonwealth members must mobilize and kick against the 'nonsense' coming from such the UK.

According to him, the UK is just looking for a way to prevent citizens from Africa, Asia and Middle East countries from entering their country.

RIDICULOUS: AFAG TO UK GOV
The Alliance for Accountable Governance (AFAG), finds the introduction of the £3,000 Pounds Sterling immigration bond scheme for some selected countries (including Ghana) by the British Government as highly ridiculous.

Under this scheme, all prospective visitors from countries dubbed as 'high risk' countries would have to deposit a colossal sum of 3000 pounds as an entry precondition.

The pressure group added the move by the British authorities not only as discriminatory but also undermines international diplomacy and above all constitutes a blatant somersault on the spirit of the Commonwealth of which Britain remains its permanent head.

In an era where citizens and governments are forging various forms of partnerships for personal and national advancements, the implementation of this ridiculous scheme will not only have an adverse effect on our long standing trade relationship with Britain but will also place enormous burden on prospective visitors who are already burdened with exorbitant nonrefundable visa fees.

Accordingly, we urgently call on Ghana's Foreign Minister to take a cue from her Nigerian counterpart by summoning British Officials to give full details on the development and also outline ways and means of protecting Ghanaians from such blatant extortion.

GOV TREATS CASH BOND AS RUMOURS
As far as Ghana government is concerned, news of a UK immigration policy requiring Ghanaian visitors to that country to pay £3,000 as a guarantee for their return, is a rumour, Deputy Information Minister says.

He added, this controversial issue was also not a subject of discussion during last week's bilateral talks between Britain's David Cameron and Ghana's John Mahama, during the latter's visit to the UK.

A Deputy Information Minister, Murtala Mohammed said the UK government has not officially communicated this “policy”' to the Ghana government.

In the absence of any official communication, government considered it inappropriate to issue a response or seek clarification from the UK Embassy. He said even the UK had not taken any firm decision on the policy.

'We might as well treat it as a rumour', he suggested.

The minister said he was surprised at the reactions of some Members of Parliament on the matter, without first checking with the Ministry of Foreign Affairs or the Parliament's Committee on Foreign Affairs.

Earlier, MP for Tarkwa Nsuaem, Eugenia Kusi stated on the floor that UK residents must be treated same way when they want to visit Ghana.

MP for Manhyia South, Dr. Mathew Opoku-Prempeh pushed for a formal statement to be read on the floor of the House to signal Ghana's unhappiness with the new policy, Elton Brobbey reported.

Nonetheless, in the deputy minister's own view, such a policy would be discriminatory.


BRITISH HIGH COMMISSION CLEARS THE AIR
The UK Government announced its intention to consider trialing the use of financial bonds as a way of tackling abuse in the immigration system some time ago. Since then, discussions have been ongoing within the UK Government about how and when to implement the proposed trial.

The details of the policy are still being finalised. Ghana is being considered as a pilot country, along with many others, but no final decision has yet been made. These were contained in statement issue by the Communications Officer of the British High Commission, John Appiah in Accra.

It stated: 'In the event that the pilot scheme goes ahead, the vast majority of visitors would be processed in the normal way. Only a very small number of the highest risk visitors would be required to pay a bond, and the bond would be refunded once the visitor returns home'.

The scheme would be limited to a select group of countries for the pilot only. If the pilot were successful, the full scheme would be rolled-out worldwide, and high-risk visitors of all nationalities would be required to pay the cash bond.