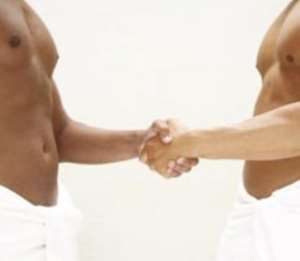 The President of the Ghana Journalists Association has urged the local media to take an anti-gay stance against gays and lesbians.

Mr. Affail Monney told XYZ News on Thursday that the practice is “satanic” and must not be allowed to fester in Ghana.

He said Ghanaian Journalists must not sit on the fence on the matter but rather condemn the practice.

“The media do not have to take a posture of neutrality as far as right and wrong are concerned”, Mr. Affail Monney said, adding that homosexuality “is an issue that is totally wrong, it is morally repugnant, culturally offensive, legally unacceptable and all that because our laws frown on man sleeping with man and woman sleeping with woman”.

He therefore said the Association will fully support any media house that takes a firm stance against the practice.

“As far as the GJA is concerned, we will join forces with any group or Associations which are against homosexuality because the damage it will do to this country is totally unacceptable, totally immeasurable”.

Mr Affail Monney's comments came in the wake of a re-ignition of the gay debate by a Ghanaian Associate Professor at the University of South Florida, Dr. Edward Kissi who has likened sexual orientation to immutable characteristics such as race or gender.

Mr. Monney clarified that his comments were both his personal views as well as the view of the GJA, which he said: “Has a sense of morality which is driving our stance and our stance is that we are against gayism and lesbianism because our laws frown on that.

He asserted that: “GJA is not a lawless Association, and as I said, we need to provide a moral compass in society”.