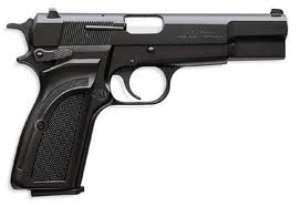 Deputy Superintendent of Police Raymond Erzuah told the GNA that Joseph Amoah, a form three student of the Sefwi- Ahokawea D/C, was apprehended by a police patrol team on February 24.

A search conducted on him revealed a locally manufactured pistol and a police camouflage cap which he claimed ownership of and mentioned one Kofi from Kumasi Allaba as the one who gave him the pistol four years ago but was unable to direct the police to Kofi's hideout.

When queried about the police cap, the suspect claimed that he came across it on the Sefwi- Bekwai road.

He has been put before court charged with unlawful possession of arms and police accoutrements and will re-appear on March 20 at the Bibiani Circuit Court.