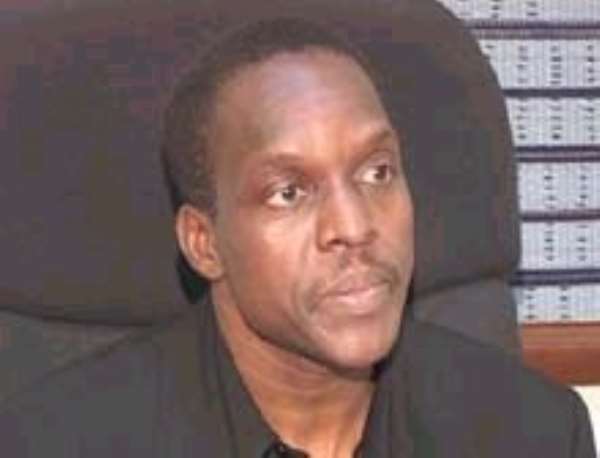 The Minority Leader in Parliament, Alban Bagbin says his recent tour of the country has revealed that the NDC would clinch an overwhelming victory in the 2004 elections. He is particularly sure that the party will win parliamentary seats in NPP strongholds, with the Greater Accra region falling to the NDC.

The Minority Leader in Parliament, Alban Bagbin says his recent tour of the country has revealed that the NDC would clinch an overwhelming victory in the 2004 elections. He was speaking at separate meetings with the Tertiary Educational and Institutional Network (TEIN) and the Upper West Regional Executives of the NDC at Wa.

He said the Greater Accra region will fall to the NDC adding that “not less than 80 per cent of votes will be cast in our favour and we will win 16 out of the 22 Parliamentary seats”. The Minority Leader said the NDC will be fielding candidates who will win seats in even Ashanti and Eastern Regions, considered as the strongholds of the NPP.

“There is a tremendous improvement in the Central Region and the scale will weigh in our favour”, he said.

Mr Bagbin said votes would be split in the Western and Brong Ahafo regions, with the NDC beating the NPP around Techiman area.

“Nobody should have the least doubt in his mind that the Volta Region is still the solid world bank for the NDC”, he added.

Mr Bagbin said the grounds were also fertile for the NDC in the Northern and Upper West Regions, and this had brightened the chances of the NDC in the 2004 elections.

For the Upper West region, the Minority Leader said his visits there had not been intensive but stated that the Bolgatanga and Bawku Central seats that the NDC lost to the PNC and NPP respectively would be recaptured because the party is putting up credible and marketable candidates who have the ability and capability of winning two seats.

“There is no way the NDC can lose election 2004. Even if the NPP attempts to rig, it would be a do and die affair”, Mr Bagbin stressed.