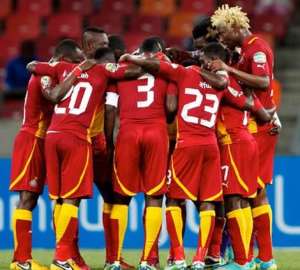 Port Elizabeth, Feb. 7, GNA - Ghana's Black Stars will have to wait for yet another four years to realise their dream of participating at the FIFA Confederations Cup.

The Stars missed out on an opportunity to have a taste of the 'tournament of champions' after losing 2-3 on penalties to Burkina Faso in their semi-final match at the 2013 Orange Africa Cup of Nations in South Africa.

The Burkinabes had the better of the encounter held in Nelspruit on Wednesday that saw no winner after 120 minutes before sealing a place at the final on penalties.

The winner of Sunday's final between Nigeria and Burkina Faso will represent Africa at the 2013 FIFA Confederations Cup scheduled for 15-30 June in Brazil.

The tournament features the champions of the various confederations in the eight-nation championship that serves the curtain raiser for the World Cup.

The African champion will be housed in Group alongside World and European Cup holders, Spain, Uruguay and Tahiti. Hosts Brazil are in Group A with Japan, Mexico and Italy.

Cote d'Ivoire, Nigeria, South Africa, Egypt, Cameroon and Tunisia are the only African teams to have participated at the championship since its inception in 1992.