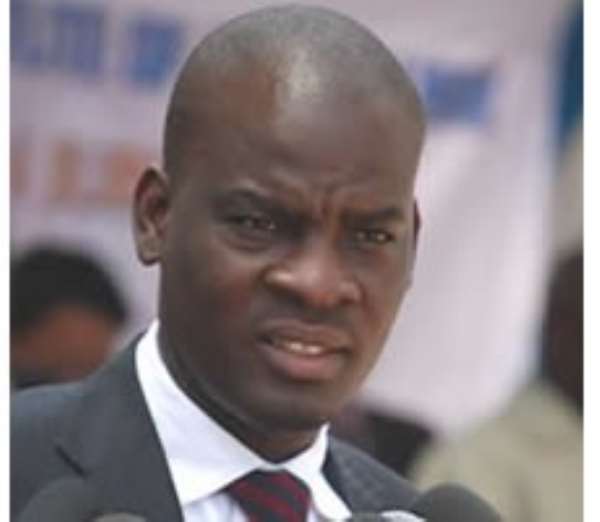 Haruna Iddrisu, the Minister-designate for Trade and Industry, insisted that Ghana should nurture and protect indigenous businesses and promote internal trade during his vetting by Parliament's Appointments Committee Thursday.

In addition to helping create large firms, he said, the government should focus on establishing a niche manufacturing industry that could accommodate new and existing small and medium scale enterprises.

By using the already extant Export Development and Investment Fund, the government could expand women's access to credit and can identify and aid underfinanced entrepreneurs.

Along these lines, he echoed President John Mahama's entreaty that in order to improve the benefits that public-private partnerships bring to the country, politicians should be willing to grant contracts to businesspeople of other party, ethnic, and religious affiliations. Many industries have suffered, he said, because of the political elite's unwillingness to cross party lines, when in fact public-private partnerships should be the driving force of development in Ghana.

He also called for a reexamination of the nation's tariff system so that it favors an export-based economy over import-reliance. Poultry tariffs, he explained, currently stand between 38-40%, but local producers still cannot compete with the prices of imports. The minister-designate suggested that an increased focus on guinea fowl production, in tandem with tariff revisions, could improve the situation for Ghanaian poultry farmers.

Furthermore, he said, the cost of doing business in Ghana must be reduced. One way that he intends to achieve this is to decentralize the business registration process away from Accra so that business owners do not need to travel a long way just to register with the state. On this topic, he pledged to ensure that businesses owned by foreigners also register so that they, like Ghanaian-owned businesses, pay their share in taxes.

Mr Iddrisu told the Committee that reducing the costs of doing business could also improve Ghana's international reputation as a safe place for manufacturing, investments, and commerce. This, he said, would draw more foreign investment, a crucial step in moving the nation from an aid-based economy to a trade-based one and consequently cementing the country's middle class status.

He added that such foreign investment is crucial to adding value to Ghana's natural resources, many of which are currently exported in their raw forms. The country's free zones, he posited, should attract investors from around the world.