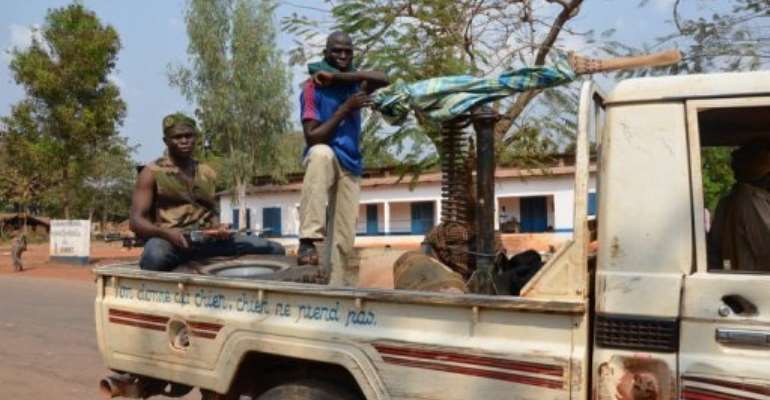 Seleka rebels on January 17, 2013 in a pickup truck, 75 kms from the capital Bangui, Central African Republic. By Patrick Fort (AFP/File)

The formation of the government, which gives the opposition and rebels several key posts, comes after several days of negotiations following a a peace deal that brought an end to a rebel offensive last month.