My Fair and Free Election Prediction, Shackled in Court 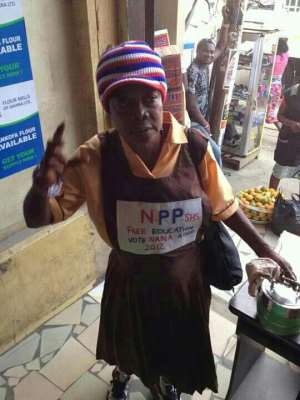 I admitted last week, my prediction that this election would be a two-round affair and then an eventual NPP win was wrong. This week I am back to my prediction. I did not factor in a possible manipulation of the voting. The NPP is heading to the Supreme Court, they must know something I do not and maybe they have evidence to which I am not privy. Smarting from eating humble pie, I did some introspection and decided to go over some ground to really position my analysis. I spoke to many friends and family and some key associates and I tried to get information directly from the Electoral Commission.

From the EC website, there is a lot of origional information, and I found the list of constituencies by Region and associated polling stations. You can also find the names and code numbers for each polling station, so you know the registered voters per constituency and per the 26,002 polling stations. What I could not get was the actual number of persons who voted in each polling station and also the final count of the voters verified through the Biometric Voters Register (BVR). If you recall, in the run up to the voting, Dr. Afari Gyan had said No Verification, No Vote (NVNV). He also made it clear that if the number of votes in a station exceeded the count from the BVR, that polling station would be disregarded.

So, I called the EC for the last pieces of information I needed to complete my analysis. I wanted access to a list of the final count from the BVR by constituency and polling station if possible and a breakdown of the votes won by all the parties listed by polling station. I did not think it was a big request, because this information is in electronic form, and need not be compiled.

I held on for thirty-eight minutes, watching the clock because I knew I would report it today. Then I was told that the only person who could release that information was a Mr. Akomeah and he was in a meeting, so if I could put my request in writing they would respond. Being me, I suggested that I would bring the letter immediately and would it be possible that I could pick up the information at the same time when I was there? Alas, the EC does not operate like that and I need to “give them time to study my request”. Now, you know what that means in the Ghana Civil Service right? So I gave up and used other means to get what I wanted.

My test case was Ledzokuku Constituency in the Greater Accra Region. It has been in the news and created a bit of a stir. First thing I noticed was the number of origional polling stations in the Constituency is not the same as that which was reported after voting. There are polling station names that do not appear on both lists. Ledzokuku origional has 178 polling stations, the eventual reported list shows 168. There are names on the origional list that do not appear on the final list. There are station names labeled A and B for the same place, with identical registered numbers, which do not appear on the final list. I could go on for a bit about all the anomalies, but why bother, that is the politician's job. My exercise was not to demonstrate fraud, but to determine whether or not I had goofed completely in my analysis.

From the limited detail I did, my conclusion vindicated my prediction and I will clearly state that there is far too much discrepancy in the detail for this to have been a fair end-result. The process is much too loose. Asking around, I was also told of many places where the BVR was ignored and yet the final tally included scores from these places. Friends I know up Northern Region, Upper West and Upper East also told me that the abuse of incumbency was so expansive it was incredible that no one brought it up before voting.

What I can see in the detail is such a disaster that I cannot understand why we have so many professionals in place who are proud to say we have made progress in our electioneering process. It is a mess. There are so many points where the votes could have been padded, yet we allowed the process to move ahead on that basis.

I am not proud to stand up, fist on my chest and say we had a fair playing field. If our politicians want us to accept the results once they are counted, they should take the next four years and revamp the voting process. This Ostrich in the sand attitude will forever create Peace councils and Professional Pastors, whose only answer to negotiation is to bow down and bow out.

I would like to see this case in court, I would like to see the evidence developed and clear and I wish that it is credible enough to make a significant turn of events in our history. We have not had an election in this country that has not been tampered with, whether by the incumbent or the opposition. Since 1992 we the citizens of this country have had to bear all kinds of childish and petty arguments from both dominant parties, why they think they are the only party to govern Ghana. Listening to Fiifi Kwetey and Okudzeto AbIakwah gloating and spewing vitriol on Joy fm Newsfile on Saturday, I said to myself, I have had enough of the sycophancy, I am tired of the mediocrity and pretence at nobility, we need to elevate to a higher conscious level. This is way too petty.

And then some unknown persons go and raid the opposition center as if we are some lawless country still under a military dictatorship. Doesn't this just make you nauseous?

The country is at a standstill. Since we voted, the 14,000-strong cleaning brigade on the streets have disappeared. The Police MTTU unit has deserted the traffic-congested points, so we are back to taxis and tro-tros jamming the lights and intersections. Our institutions have suddenly forgotten that there is a country that must run and we are back to dumso-dumso in parts of Accra, not forgetting the water supply in Adentan, Dansoman and Madina at the least.

While our attention was diverted, production in the Jubilee Fields crept up to 90,000 barrels a day and Hess Corporation filed a discovery notice with the GNPC for the Pecan-1 exploration well in the Deepwater Tano/Cape Three Points license. More oil is on the way and we can do more if we plan better and direct our attention to the right places.

In the week, I will attempt a piece on Proportional Representation and why we should go that route using our decentralization development to neutralize all this first-past-the-post selfishness. If Ghanaian politicians really believe in solving this cyclical upheaval, they have to get creative. What we are using is a borrowed concept; it does not suit our needs.

All the same, I am going to watch “December to Remember” and then go and see KSM's “GH Girls” on Xmas day. Despite all the nonsense, the music is good and catchy. I might get a chance to see Sister Derbie perform Uncle Obama. Maybe I will bring my monkey.

How Much Did You Get From Selling Missing Excavators? A.B.A ...
7 hours ago

No Reasonable Ghanaian Will Vote For Mahama Again--Kofi Akpa...
8 hours ago