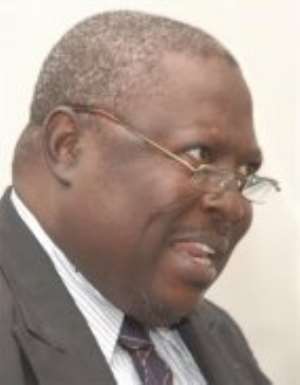 The Ghana Constitution, 1992, supports the argument that the legal profession has a responsibility to expose unconstitutional and criminal acts or conduct. This raises the question: What are the ethical responsibilities of a lawyer in practice who shoulders the onerous and burdensome duty of being the “gatekeeper” and the “moral conscience” of society under the 1992 Constitution? It is my general contention that several bloody and destructive conflicts in Africa have resulted from a failure of the law and of lawyers as the “gatekeepers” and the “moral conscience” of their countries.

The Legal Profession Act, 1961 (Act 32) and the Legal Profession (Professional Conduct and Etiquette) Rules, 1969 (LI 613) provide the legislative and ethical framework for lawyers who serve as gatekeepers and moral conscience – and this framework is supplementary to the constitutional oaths of public in-house lawyers. I therefore publish hereunder unedited portions of my paper dealing with the legislative framework governing professional of conduct of in-house counsel as part of the ongoing discourse on the subject. The following excerpts exclude the footnotes for purposes of space:

The Legal Profession Act, 1960 (Act 32) and LI 613 form part of the existing law and have to be read to be consistent with the provisions of the 1992 Constitution. This explains why the Statute Law Commissioner revised Act 32 under the Laws of Ghana (Revision Edition) Act 1998 (Act 562) in the Laws of Ghana in Force on the 31st December 2004.

We have defined in-house counsel as an employee performing whole-time legal duties for a corporation or enterprise. But in-house counsel is an employee with a difference from the ordinary understanding of the term employee. In-house counsel is first and foremost a lawyer properly called to the Bar of Ghana and enrolled on the Roll of Lawyers as a Legal Practitioner. By virtue of his status as a lawyer, in-house counsel like any other lawyer is in addition to being entitled to practice as a barrister or solicitor or both also subjected to the liabilities that attach by law to a solicitor and is above all an officer of the Courts.

The definition of a legal practitioner under rule 1(a) of LI 613, as I have already discussed, includes in-house counsel when it states that a lawyer in practice “is a qualified person who holds himself out as ready to practice as a lawyer or is employed in a whole-time occupation where he performs legal duties.” Practicing lawyers are prohibited from carrying on any other profession or business which conflicts or involves a serious risk of conflict with their duties as practicing lawyers. Any lawyer in doubt as to a likely conflict of interest is required to apply to the General Legal Council in writing whether or not a profession or business conflicts or involves a serious risk of conflict with the duties of a person as a practicing lawyer. (The emphasis is mine).

The independence of a lawyer in the discharge of his professional duties is underscored by the fact that as a lawyer he is not permitted to accept a brief limiting his ordinary authority, or take a subordinate position in the conduct of a case or share such conduct with the client even if the litigant is himself a lawyer. He is not to accept a brief on condition that his discretion as to offering no evidence is fettered. It follows that neither the Attorney-General nor other public office holder can interfere with the briefs or pleadings of public in-house attorneys in the handling of their briefs and pleadings where they feel strongly that any suggestions will breach professional ethics.

The burdensome nature of in-house counsel's responsibilities as an employee to a corporation is also analogically highlighted by rule 5 (8), (9) and (10). Consequently, a lawyer is at all times under responsibilities to the court as well as his client. He is not to put in his pleadings any allegations which is not supported by the facts laid before him by his client and where he is instructed to allege fraud he is not to subscribe to such an allegation without clear instructions from his client that the client wishes to allege fraud and will support the allegation in the witness-box including having before the lawyer materials which in situ establishes a prima facie case of fraud. Reasoning by analogy, it is my view that in-house counsel's brief includes the instructions from his corporate employer-client for the performance of his legal duties to the corporation.

Although this standard appears to relate to briefs and pleadings it is my contention that the spirit of LI 613 requires in-house counsel to be guided by this rule in his relationship with the corporation in the preparation and drafting of documents and agreements for which he is in-house counsel. An in-house counsel like other counsel must disclose to his employer all the circumstances of his relationship to parties and his interest in or connection with any controversy, if any, which might influence his employer in assigning him a legal responsibility. He is to avoid representing conflicting interests.

The duty of a lawyer to the court is to act with all due courtesy to the court or tribunal before which he is practicing, fearlessly to uphold the interest of his client without regard to any unpleasant consequences either to himself or to any other person. A lawyer shall not “deceive the Court or Tribunal before which he is appearing in any circumstances whatsoever.” Rule 9 deals with other professional misconduct such as the conviction of a lawyer for a criminal offence involving dishonesty or moral turpitude which make him prima facie unfit to continue on the Roll of Lawyers. A lawyer in his dealing with his client must behave with the utmost honesty and with frankness; and any breach of this rule is professional misconduct. As the moral compass of his organization, or community it is a professional offence for any lawyer to conduct himself to the public in a manner which is fraudulent or contains an element of fraud. In this regard it matters not whether or not the lawyer concerned has been convicted of that fraud by a court of criminal jurisdiction. A lawyer has a duty to maintain the honour and integrity of the profession of the law and is required to expose without fear or favour before the proper tribunal, unprofessional or dishonest conduct by any member of the legal profession. These duties apply with equal force and effect to a legal practitioner who chooses to practice as a house counsel and increases his risk liability as a lawyer.

For me a fundamental ethical rule is Rule 9(12) which states that: “No client is entitled to receive-and no lawyer shall render any service or advice involving disloyalty to the State or disrespect for the judicial office or the corruption of any person exercising a public or private trust or deception or betrayal of the public.” This rule in my considered view summons up the obligation of a lawyer to be in the forefront to defend the 1992 Constitution of the Republic of Ghana as by law established under the regime of the rule of law with an independent judiciary as its foundation. In the practice of the corporate world, this responsibility of a practicing lawyer falls upon the shoulders of in-house counsel.