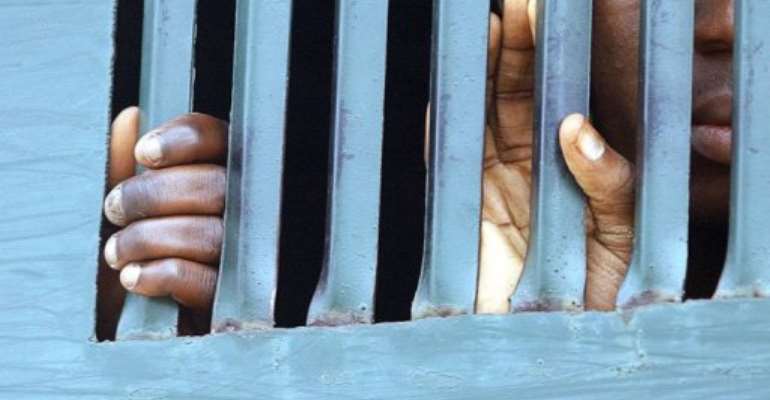 According to relatives and an opposition party, Fabian Nsue went to the prison on Monday and never came out.. By Pius Utomi Ekpei (AFP/File)

LIBREVILLE (AFP) - Human rights groups urged Equatorial Guinea Wednesday to shed light on the fate of an opposition lawyer who has not been seen since visiting a client in Malabo's infamous Black Beach prison.

According to relatives and one of the small west African nation's two main opposition parties, Fabian Nsue went to the prison on Monday and never came out.

"The government needs to urgently investigate the situation, determine whether he is being held in secret detention, contrary to national and international law, and publicly clarify his whereabouts."

Nsue had gone to visit Agustin Esono Nzogo Nsang, a schoolmaster with ties to the opposition who was arrested last week on what the opposition says are trumped-up charges of embezzlement.

Popular Union party leader Daniel Dario Martinez Ayecaba said that one of Nzogo's relatives, Juan Manene, has since been arrested in what he said was an attempt by the regime to cover their tracks.

Equatorial Guinea has been ruled with an iron fist by Teodoro Obiang Nguema since 1979, which makes him the longest-standing ruler on the continent.

Black Beach prison, built under Spanish rule in the 1940s, lies near a black sand beach in Malabo and its name alone sends chills down the spines of Equatoguineans.

Thousands of people are believed to have been tortured and killed there.

Dario Martinez alleged that Nzogo's arrest was politically motivated and said that the schoolmaster had been in contact with Daniel Lebegue, who chairs the French branch of Transparency International.

Lebegue's group was largely responsible for the launch of a French investigation into so-called "ill-gotten gains", an unprecedented case which has led to an arrest warrant against Obiang's son -- and vice-president -- Teodorin.

Earlier this month, Equatorial Guinea responded in kind by issuing an arrest warrant against Lebegue.

The French probe is seeking to establish whether several African presidents and their families have embezzled public funds to acquire vast assets in France.

In the Obiang family's case, those assets have been estimated at around $200 million, including a huge mansion on one of the most expensive streets in Paris which was raided last year.