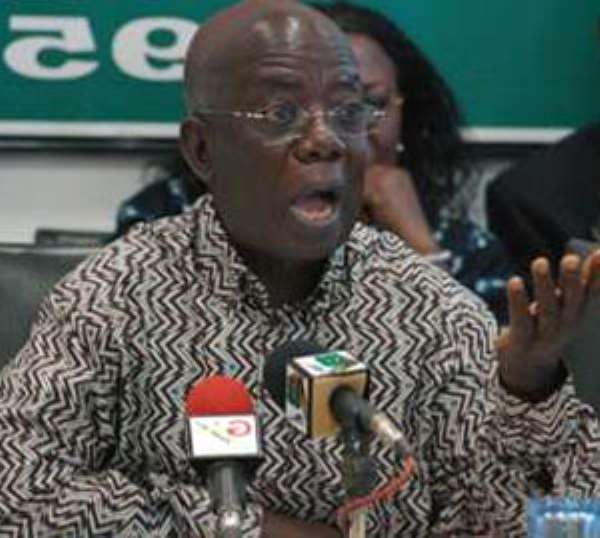 A former Chief of Staff, Mr. Kwadwo Mpiani, has served notice to the local representative of ISOFOTON, Mr. Anane-Agyei Forson, he will be compelled to sue the Spanish firm over malicious allegations against him.

Mr. Forson has alleged the former Chief of Staff capriciously abrogated the company's contract with the State because ISOFOTON refused to pay a 12 percent kickback of the total contract sum.

Mr. Forson accused Mr. Mpiani of illegitimately recruiting a Spanish agent which allegedly fronted for the government in demanding the said kickback.

Speaking on Radio Gold on Monday, Mr. Forson stated clearly that 'Kwadwo Mpiani recruited agents in Spain to do the selection of companies supposed to do the work in Ghana'.

According to him, Isofoton's refusal to fulfill the agent's demand, led to the said cancellation of its contract with the State. 'The list that was brought to Accra by this agent didn't have our name and all the companies whose names were in that document paid something and that is why they were allowed to do the job,' he claimed.

Asked by the host of the show, Alhassan S. Suhini to mention the name of the said agent, he declined, saying that he would rather hold on with the name until such time he finds appropriate to do so.

Queried whether he thought Mr. Mpiani was aware of the 12 per cent kickback the Spanish agent was allegedly demanding from prospective companies, Mr. Forson retorted: 'This is an agent for him that he has recruited. Everything that that agent did it is presumed that he did it on his behalf and that is the logical conclusion. That is the logical conclusion. If you engage an agent to do something for you and that agent is doing this, [then] that he is doing it on your behalf'.

To buttress his point, Mr. Forson said the Spanish Government wrote to Government, saying that it had no representative for the Financial Protocol in Ghana.

Reading portions of the said letter, he said the Spanish Government described the decision to engage an agent for the contract as illegal.

Meanwhile, when Mr. Mpiani was contacted on the matter, he told the  New Crusading Guide  that he was unable to comment extensively on the matter because he did not listen to the Radio Gold interview in question. 'I have instructed my lawyers to get a copy of the conversation and if it is determined that its contents are slanderous and defamatory, we will proceed to court to seek redress'

He did not think newspapers and radio stations were the appropriate platforms to debate such allegations bordering on slander and defamation of character.

Deputy Minister of Information, Mr Sam Okudzeto Ablakwa at one of his numerous press conferences on the judgment debt payment saga, told journalists that Mr Mpiani had caused a judgment debt by wrongfully terminating a contract against an advice by the then AG, Mr. Joe Ghartey and Deputy Agric Minister Clement Elady.

The contract was for the execution of the rural solar electrification project.

The deputy Information Minister accused the former Chief of Staff of acting improperly by abrogating the contract and creating a $1.3 million liability for the State.