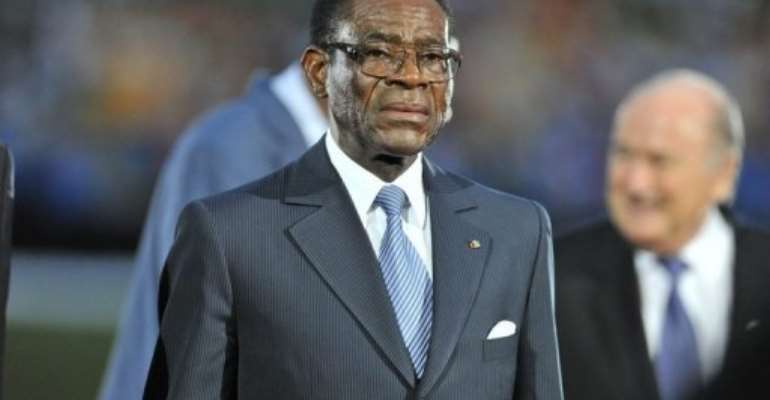 PARIS (AFP) - UN culture and science body UNESCO on Tuesday awarded a prize financed by the leader of Equatorial Guinea despite fierce criticism from rights groups who decried the move as "shameful".

Rights groups and Western nations have condemned the life sciences award, financed to the tune of $3 million (2.5 million euros) over five years, because of accusations that President Teodoro Obiang Nguema rules with an iron grip and heads a government festering with corruption.

The prize was awarded to Egyptian Maged al-Sherbiny for research into endemic illnesses, to South African plant scientist Felix Dapare Dakora and to Mexican Rossana Arroyo, a specialist in parasitic diseases. Each received $100,000.

Obiang was not present at the ceremony.

Representatives of Western governments, including from France, boycotted the ceremony, with French foreign ministry spokesman Bernard Valero saying: "This prize absolutely does not reflect the universal values UNESCO is supposed to promote."

In a statement on Monday, seven rights groups, including Human Rights Watch, Global Witness, ONE and EG Justice, denounced the award.

"UNESCO's decision to issue a controversial prize sponsored by (Obiang) ... is disappointing and irresponsible," they said in a statement.

"It is shameful and utterly irresponsible for UNESCO to award this prize, given the litany of serious legal and ethical problems surrounding it," said Tutu Alicante, director of EG Justice, which works to promote human rights and the rule of law in the country.

"Beyond letting itself be used to polish the sullied image of Obiang, UNESCO also risks ruining its own credibility," he said.

Despite Western opposition, the prize was approved by 33 of the 58 states on UNESCO's governing board in a vote in March.

The vote called for the prize to be renamed the "International UNESCO-Equatorial Guinea Prize" for research in the life sciences, instead of the originally planned "Obiang-UNESCO Prize," after Obiang backed the change.

Obiang has ruled Equatorial Guinea since seizing power in a 1979 coup. His country is Africa's third biggest oil exporter, but its people live in grinding poverty.