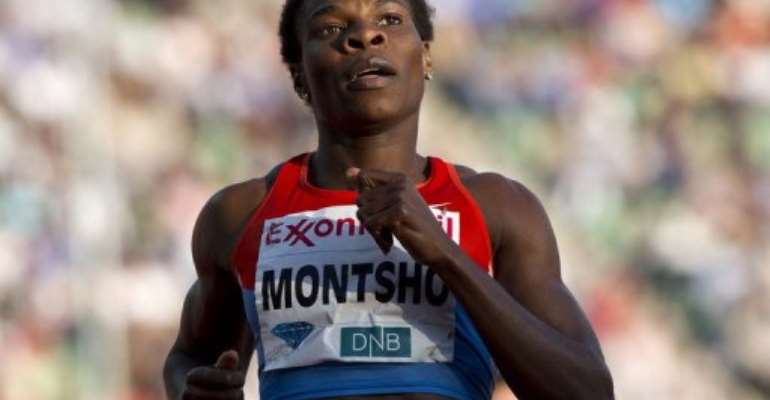 Montsho is to compete in this summer's Olympics in London. By Daniel Sannum Lauten (AFP)

PORTO NOVO (AFP) - Events in the African Athletics Championships kicked off on Wednesday in Benin, notably set to feature the world champion in the women's 400 metres, Amantle Montsho of Botswana.

Montsho, to compete in this summer's Olympics in London, said after arriving in the West African nation that she was eager to represent her country at the continental event.

The championships run until July 1 and are to feature 816 athletes from 51 countries.

In September, she took gold in the women's 400 metres at the All-Africa Games in Mozambique.