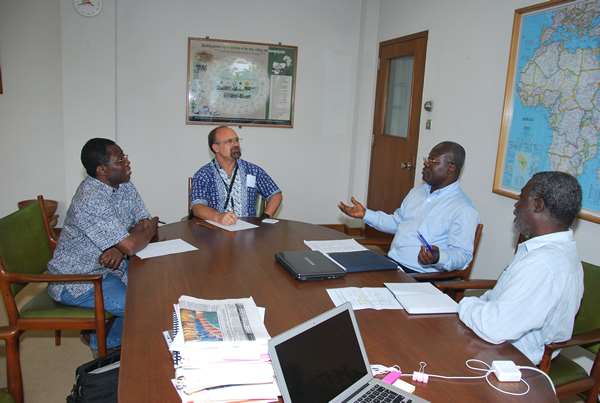 The International Institute of Tropical Agriculture (IITA) and the West Africa Center for Crop Improvement (WACCI) have signed a memorandum of understanding (MoU) aimed at training plant breeders in Africa—a strategic move to boost the number of plant breeders on the continent.

Under the agreement, WACCI, a center at the University of Ghana, will send postgraduate students to IITA for three years to carry out research in plant breeding. Students will have access to IITA facilities and will be supervised by senior IITA scientists.

WACCI and IITA see this alliance as a panacea that will halt the dwindling number of plant breeders in Africa.

“African breeders will train on the problems facing African crops with the hope that they will remain in Africa,” Prof. Eric Danquah, Director of WACCI, said on Friday in Ibadan.

“We need an African approach to address Africa's food productivity challenges,” he added.

Over the years a dearth of capacity in plant breeding has hit Africa with the best breeders training abroad but never coming back to the continent. Breeders on the continent are equally getting old and most of them are entering retirement age. Africa, which desires to have its own Green Revolution, is plagued by a plethora of problems including biotic and abiotic stresses that limit productivity. To address these problems, Africa needs seeds that will overcome these stresses.

“This means breeding seeds that will perform well and give farmers better returns in the face of these challenges,” Danquah said.

“To get the manpower that will be able to do the task requires new thinking and new strategies,” he added.

The alliance with WACCI will boost IITA's role in building capacity in Africa.

In its 45 years of existence as Africa's leading research partner, more than 74,000 people in Africa and elsewhere have received training in IITA. Some of these beneficiaries today occupy strategic positions in Africa.

He welcomed the alliance with WACCI, noting that IITA alone cannot do it all, hence, the need for partnerships.

WACCI was established in 2007 as a center for crop improvement similar to the Africa Center for Crop Improvement (ACCI) at the University of KwaZulu-Natal.

Both centers receive funding support from Rockefeller Foundation and the Alliance for Green Revolution in Africa (AGRA). The centers recruit students from national agricultural systems of 15 countries across East, West, and Southern Africa.

To date, 42 PhD students from 11 countries have graduated from ACCI, 128 students have been enrolled in both centers, and a further 30 will be enrolled in the next 2 to 3 years. Graduates have already released 23 new crop varieties in Uganda, Kenya, Malawi, Zambia, Mozambique, and Burkina Faso, and have published 85 research papers internationally.

Prof. Danquah visited IITA with Prof. Sam Kwame Offei, Associate Director of WACCI and Provost of the College of Agriculture and Consumer Sciences. 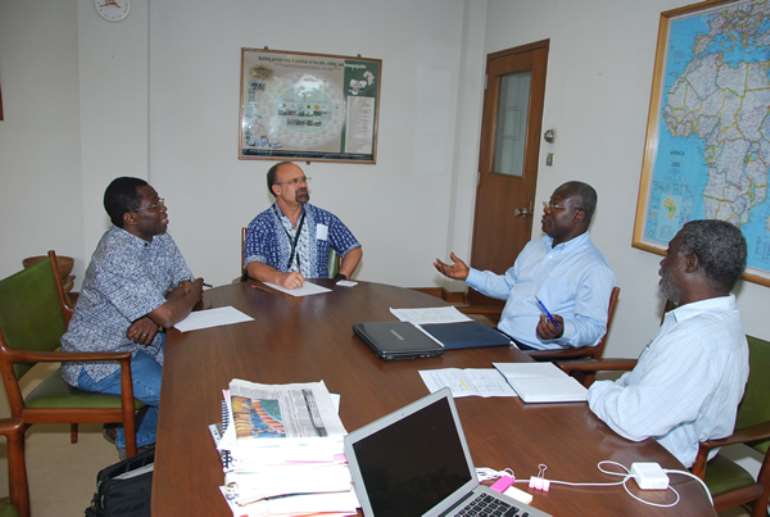