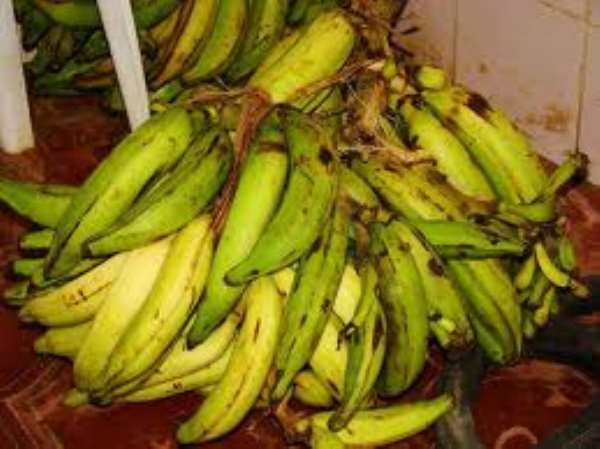 Akim Oda (C/R), June 13, GNA – The Akim Oda Magistrates' Court in the Birim Central Municipality has sentenced Daniel Baafi, unemployed to a fine of GH¢200 for stealing four bunches of plantain worth GH¢10.00 from a farm.

The court presided over by Mr Albert Owusu Annor ordered Baafi to pay an additional GH¢50.00 to compensate Mr Felix Adu, the complainant and the owner of the farm.

Baafi, who was convicted on his own plea of guilty to stealing, would serve 18 months in prison in hard labour, if he fails to pay the fine.

The Prosecution told the court that Baafi lives at Akim Asene, near Akim Oda and that on March 30, this year at about 1500 hours, Mr Adu received a phone call from a palm-wine tapper that someone was harvesting his (Mr Adu's) plantain.

Mr Adu then rushed to the farm and spotted Baafi, who had already harvested four bunches of plantain and with the help of other farmers around they managed to arrest him.

The convict was sent to the Akim Asene Police Station and during interrogations he admitted the offence. Baafi later pleaded with the Police to deal with him leniently.