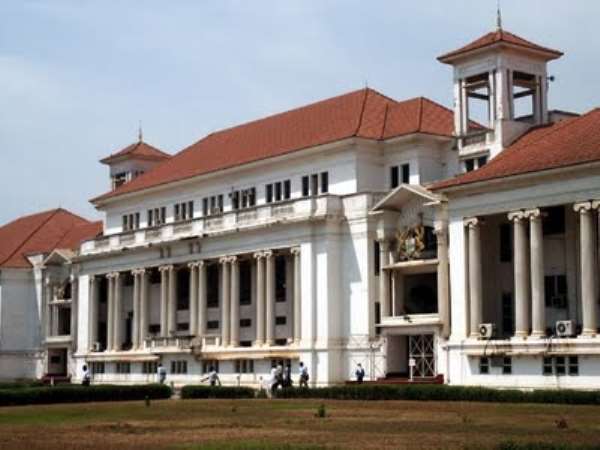 Accra, June 13, GNA - The Supreme Court by a unanimous decision on Wednesday declared as procedurally unconstitutional the placement of Akuse boundary as part of Dangme West District, now Shai Osudoku in the Greater Accra Region.

The court said it was procedurally unconstitutional, null and void because the Legislative Instrument (LI) 1983 that placed Akuse under Greater Accra Region exceeded the statutory maturity period of 21 working days.

Mr Justice William Atuguba, Acting Chief Justice, who read the ruling, said whether Akuse was part of Osuduku in the Greater Accra Region or Lower Manya Krobo District in the Eastern Region was a matter that should have been determined by the chieftaincy institution.

He said the court could therefore not deal with the case unless the National House of Chiefs had considered it.

Akuse has been at the centre of a dispute between the Dangme West District, and the Lower Manya Krobo District following the decision of the Parliamentary Committee.

The issue infuriated authorities and residents of the Manya Krobo Traditional Area.

Nene Charles Mate Kole and Nene Azago Kwesitsu are challenging the creation and specification of the new electoral area by the Ministry of Local Government and Rural Development.

They contended that Osukute, Bungalow, Akutua, Zongo New Town, Amedeka, Natiriku and Salon Electoral areas (previously part of the Lower Manya Krobo District, as per the specification made by LI 46 (of 2004) are now part of the Dangme West District.

The plaintiffs prayed the court to declare that the action was in excess of the powers conferred on the Minister of Local Government and Rural Development by Sections 3 and 4 of the Local Government Act, 1993 (Act 462).

In a writ filed on behalf of the plaintiffs by their lawyer, Mr Odame, they prayed the Supreme Court to declare that upon a true and proper interpretation of Article 241 (2) and Article 5 of the Constitution, Parliament acted in excess of its powers by approving, adopting and enacting LI 1983.

The plaintiffs asked for an order restraining the Electoral Commission from conducting elections or unit committee elections or exercising its powers to conduct elections in the affected towns pending the hearing and final determination of the merits of the instant action, as well as any further costs the court may deem fit.

The Attorney-General has, however, denied that the Minister of Local Government and Rural Development embarked on an exercise to alter boundaries between the Eastern and the Greater Accra Regions.

The defendant prayed the court to take into consideration the statute and social needs of the community, the economic exigencies of the time and other factors, adding, “The Osudoku people need to keep their cultural identity as one people and the law must be used in the sense to further the cause of this unity and not to disintegrate them.”