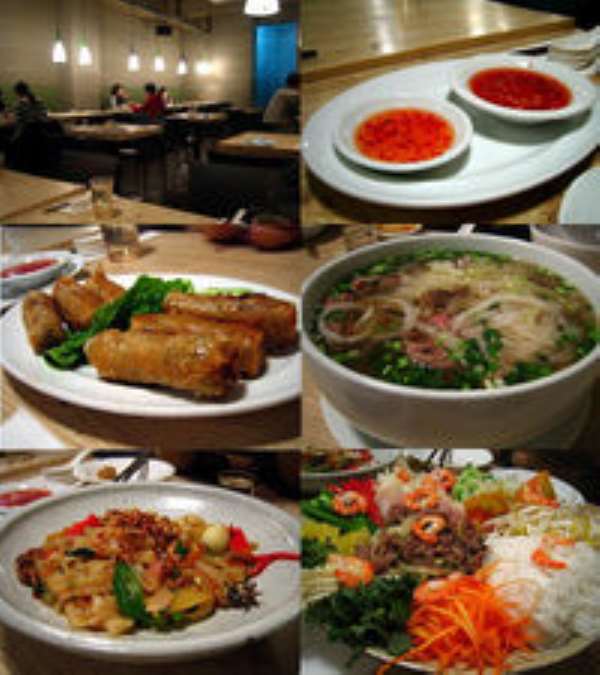 This is in connection with Emirates launching its new route to Ho Chi Minh City Airport in Vietnam.

The first direct Emirates flight EK 390 arrived at Tan Son Nhat Airport on the evening of Saturday, June 9, , marking the beginning of the regular daily non-stop flights to Vietnam.

Mr Manoj Gopi Nair, Emirates Regional Manager for West Africa, speaking at the launch said the airline was excited to be part of the promotion, which would give their customers travelling to Vietnam, an opportunity to taste authentic Vietnamese cuisine even before they reached there.

He stated that Emirates had flown in three Vietnamese chefs and a hostess from Movenpick Hotel in Ho Chi Minh City to “Tease your taste buds with delightful dishes at the Sankofa Restaurant” within the period.

“Vietnamese cooking is greatly admired for its fresh ingredients, minimal use of oil, and reliance on herbs and vegetables. It is ranked as one of the healthiest cuisines in the world. You can be sure that Emirates will bring you nothing but the best,” he stated.

Mr Nair said Emirates had developed an airline that was among the leading airlines globally, with state-of-the-art and young fleet of aircraft, high standards of comfort and guarantee of safety and more than 500 international awards for excellence.

“Emirates has expanded its global network this week by adding the Vietnamese business hub city of Ho Chi Minh to its routes and become the first Arab airline to have daily non-stop flights to that historic city” he noted.

He said Emirates offer comfort to its travellers in Accra on their A340- 500 aircraft to their Dubai hub from where they could connect to any of their 124 destinations.

Mr Joon Stueber, Movenpick Executive Assistant Manager, said the hotel had chosen Vietnamese food because it is an upcoming and sophisticated cuisine.

He said Movenpick wanted to give different cuisines from around the world a special moment, where it would be showcased for a period without becoming a usual item on their menu.

Mr Stueber explained that this was because most restaurants and hotels were becoming boring with the same items on their menu all the time.

“The idea for the next one, although not yet finalised is to make a tent outside, fly out German chefs, bring typical German food for two weeks and do a launch just like this one,” he revealed.

Guests were treated to assorted Vietnamese foods in a beautiful ambiance, served by hosts and hostesses dressed in colourful Vietnamese costumes.