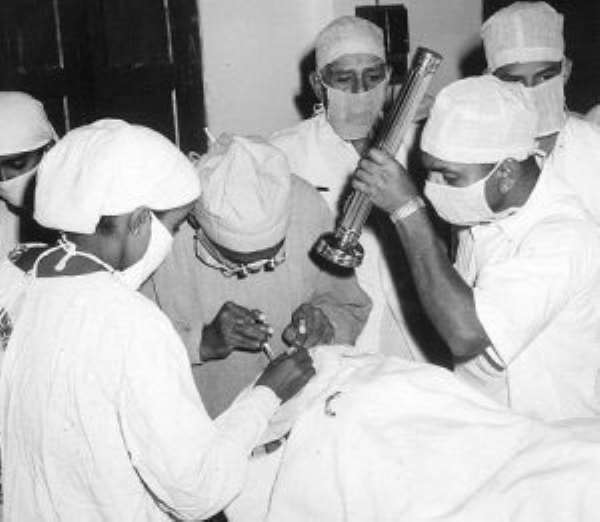 Doctors at the Tamale West District Hospital are using torch lights during surgery on patients because the facility has no stand-by generator to power the hospital during blackouts.

The poorly resourced hospital is in an area known for frequent power cuts. Other major challenges hampering the facility's activities include inadequate personnel, lack of walkways and encroachment on the hospital's land.

Speaking to Citi News, the Medical Superintendant of the Tamale West Hospital, Dr. Abdul Majeed Bashiru, said the facility needed a standby generator to rapidly respond to emergency cases that are usually referred to the Tamale Teaching Hospital.

'Sometimes, and in a number of cases, when we are operating a patient and the light goes out we resort to the use of torchlight to continue with the process; but in a situation when we have not started with the operation and the light goes off we refer the case to the Tamale Teaching Hospital.'

'A stand-by generator for the hospital will help a lot because when the light goes off the whole place looks like a cemetery,' he said and appealed to government to help solve the problem.

Dr. Majeed added that during black outs, thieves often raid the hospital to steal from vulnerable patients and their relations.

According to him, the hospital has constructed an ultra modern theatre at the cost of GH¢98, 000 cedis through its internally generated funds and with the assistance of UNICEF, World Vision, Coca-Cola Ghana, UNDPF, JICA and Swiss Red Cross.

He was optimistic that the theatre will go a long way to address the problem of surgical, obstetric and gyaenacological emergencies which hitherto were referred to the Tamale Teaching Hospital.

He regretted that the absence of that facility caused countless and needless maternal and neonatal deaths. In a speech read on his behalf, the Northern Regional Minister, Hon. Moses B Mabengba pledged his administration's commitment to provide the hospital with a standby generator.

The Tamale West Hospital started operation in 1998 as a polyclinic and now provides 24 hour service with a bed capacity of 107.