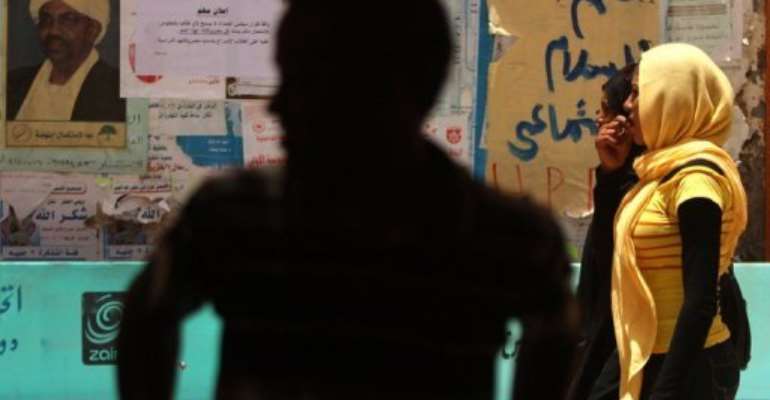 KHARTOUM (AFP) - A young Sudanese woman convicted of adultery has been sentenced to death by stoning, an international rights group says, in a rare case under Sudan's Islamist regime.

In a statement late Thursday it said Abdallah, who is believed to be under the age of 18, was sentenced by a judge in the Khartoum area in April and is being held in prison with her baby.

Another watchdog, Amnesty International, gave her age as 20 and said she was sentenced on May 13.

The case has received almost no coverage in Sudanese media.

Abdallah was sentenced under a penal code provision which calls for execution by stoning for married adulterers, while unmarried culprits are whipped, Human Rights Watch said.

It added that Sudan is one of only seven countries that have death by stoning as a punishment.

"Sudanese judges have sentenced several women to death by stoning in recent years, but courts have overturned all the sentences on appeal," an HRW statement said.

"The vast majority of adultery cases and stoning sentences have been imposed on women, pointing to the disproportionate and unequal application of this law."

The court convicted Abdallah solely on the basis of her confession after a family member beat her, HRW said, adding she did not have a lawyer or interpreter in court even though Arabic is not her first language.

Death by stoning is a penalty that violates international human rights standards, including prohibitions on torture and cruel and unusual treatment, and should be abolished, the watchdog said.

"Sudan should uphold international and African standards," Daniel Bekele, Africa director at Human Rights Watch, said in the statement. "It should ban death by stoning and other corporal punishment, and revise laws that discriminate against women and girls."

"The death sentence was imposed in violation of international law standards, and an execution would violate both international and Sudanese law," London-based Amnesty said.

Sudan practises Islamic law, which also mandates whippings for running a brothel or for "indecent" behaviour.

In 2009, journalist-turned-activist Lubna Hussein waged a campaign against the law after she spent a day in jail for refusing to pay a fine for wearing "indecent trousers." Other women arrested with her in a restaurant were whipped.