You cannot manage the economy with propaganda, says Bawumia 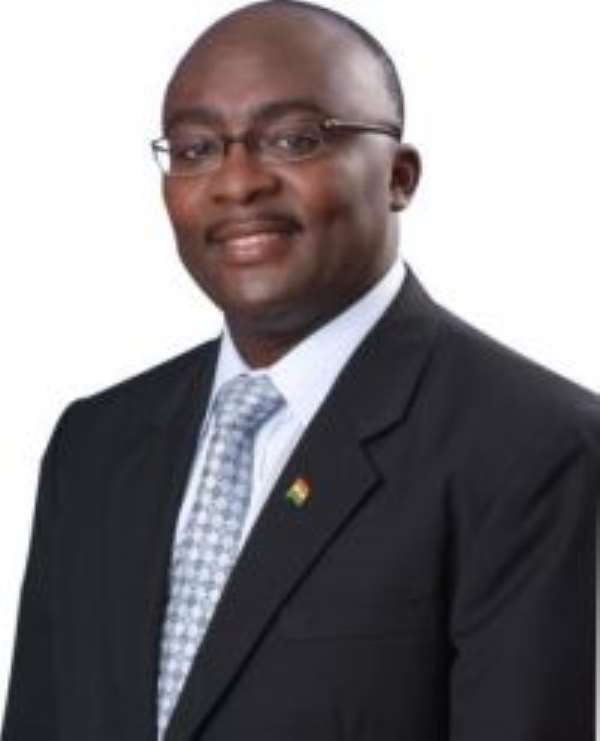 The 2012 vice Presidential Candidate of the New Patriotic Party, Dr Mahamudu Bawumia, has warned President Mills and his ruling National Democratic Congress to desist from managing the country's economy with propaganda, as government's claim of managing the economy well is being exposed on a daily basis by macroeconomic fundamentals.

“The lesson from history for governments is that you cannot manage the economy with propaganda. In fact, you can engage in all the propaganda you want but if the macroeconomic fundamentals are weak, the exchange rate will expose you”, Dr Bawumia stated.

The NPP running mate maintained that the current rapid depreciation of the cedi is a sign that the monetary policy stance adopted by the NDC is inappropriate. Dr Bawumia therefore chided the Mills-Mahama administration for blaming speculators for the cedis' depreciation rather than tackling the fundamental causes of exchange rate depreciation.

According to Dr Bawumis, “the type of free fall that we are seeing with the cedi exchange rate is a vote of no confidence by market players in the management of the economy.”

He continued, “Indeed many market players are pricing goods currently with the expectation that the rate of the cedi to the dollar will reach GH¢ 2:1 soon. The scary part of this is that we are only just past the first quarter and we have three more quarters to go and the situation could therefore get much worse. This is not fair to the private sector, and to Ghanaians as a whole.”

The renowned economist made this known when he delivered the 5th Ferdinand Ayim Memorial Lectures, on the topic “The State of the Economy”, on Wednesday.

Dr. Bawumia in his speech also touched on the much touted single digit inflation talk of the ruling National Democratic Congress by pointing out that while inflation was said to be in single digits, it had no correlation to the cost of commodities in the markets, general cost of living, the interest rates and also the exchange rates of the Ghana cedi.

Dr. Bawumia listed the prices of basic commodities such as gari, maize, pure water, cement as well as prices of petroleum products, water and electricity tariffs of, school fees, road tolls etc. which had all seen triple digit increases and quizzed why the much talked about single digit inflation was not reflecting in the lives of the ordinary Ghanaian.

He again took on the relationship between inflation and interest rates. Dr. Bawumia observed that between 2001 and 2008, inflation was cut by more than half from 40.5% to 18.1%. At the same time, the interest rate saw a commensurate decrease by almost half from 44% to 27%. He, however, noted that while inflation had dropped from 18.1% in 2009 to some 8.8% today, the interest rate has only witnessed a negligible decrease from 27% in 2008 to 26% currently.

Dr. Bawumia also used the relationship between the inflationary figures and the exchange rates, which have over the years been interlinked, to question the veracity of the single digit inflation claims by the NDC.

Taking the audience through a powerpoint presentation, Dr Bawumia wondered why the exchange rate of the cedi was fast depreciating while the inflation was in single digits and stable, noting, “the rapid exchange rate depreciation observed suggests that inflation could be higher than what is being captured by the official data.”

“You cannot manage an economy by propaganda. You cannot claim to have created 1.6 million jobs and your Minister for Employment would say he cannot vouch for that. You cannot ask government officials that when they see a small goat, they are supposed to tell us that it is a big fat cow and expect the markets to consider you credible.

You cannot claim that all the gold reserves in the Bank of Ghana have disappeared and expect the markets to consider you as credible. Today, we have a Green Book touting “unprecedented” achievements! Hyperbole has its place but certainly does not belong in the realm of economic management,” Dr Bawumia said.