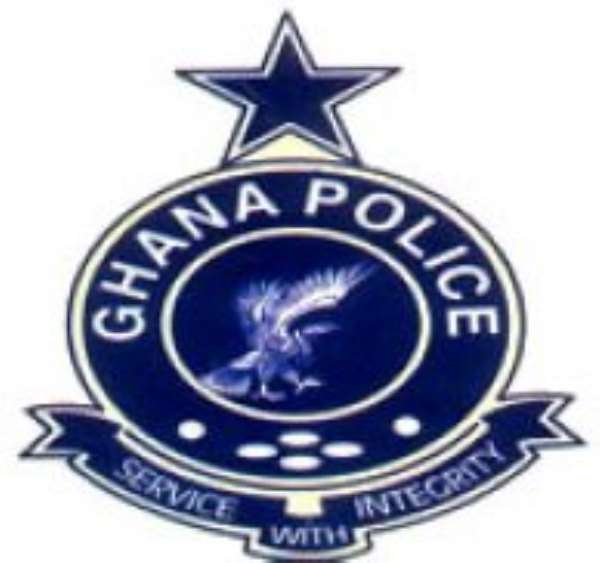 Drama unfolded at the Takoradi Circuit Court ‘B’ on Wednesday morning when a convict, Leonard Tompori, a 32-year-old plumber, threatened to kill a police officer.

This was after he was slapped with a four-year jail-term for stealing a pen drive belonging to the Electoral Commission (EC).

Tompori who was being handcuffed, shouted angrily and threw his legs desperately in the air in a bid to hit CWO Yawson for allegedly insulting him after the court pronounced the sentence.

The convict was charged on two counts of stealing and tempering with the EC equipment being used for the biometric registration exercise.

He pleaded not guilty but after the trial, the court found him culpable and sentenced him accordingly.

The presiding judge, Mr Charles Bamford Nimako, pronouncing judgment, said what the convict did was a serious offence that could have put the registration officer into trouble.

He said the sentence would serve as a deterrent to others who harbour the intention of disrupting and creating confusion at the registration centres of the ongoing biometric registration exercise.

Presenting the facts of the case, Inspector Fuseini Yakubu, told the court that, the complainant is a teacher who had been engaged by the EC as a registration officer while the convict, Tompori, is a plumber residing in Sekondi.

He said on April 5, Tompori went to the Club 51 registration centre at Sekondi to register so that he could vote in the December General Election.

The prosecutor said after the convict had registered and left the centre, the registration officer detected the theft of a pen drive belonging to the EC.

The registration officer suspected Tompori and reported the case to the Sekondi police immediately.

Inspector Yakubu said the police accompanied the registration officer to search for Tompori and upon a tip-off, the police found him at his hideout at a ghetto, near, the Sekondi beach.

A search conducted on him by the police retrieved the lost pen drive from his pocket and was arrested.

The prosecution said Tompori admitted the offence in his caution statement was arraigned.