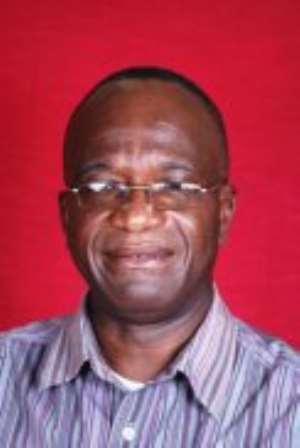 The Forestry Commission (FC) has taken the fight against the increasing wave of forest and wildlife crimes to another level with the official inauguration of a special armed unit to tackle illegal activities in protected areas (forest reserves and parks) of the country.

The government is supporting the unit, christened the Rapid Response Unit, with transport, communication gadgets, weapons and other field equipment to enable it to operate effectively.

Members of the unit will be deployed in the 10 regions to complement the work of the existing military/police task forces that have traditionally operated in notoriously dangerous spots, including the Atiwa Forest in the Eastern Region.

Among other responsibilities, the unit will effect arrest, enforce court and administrative orders, provide security for normal forest operations, conduct surveillance on illegal activities and assist in wildfire suppression in protected areas.

The first batch of 50 trainees of the unit passed out last Thursday after a six-week training by the Ghana Armed Forces at the Mole National Park in the Northern Region.

At the joint inauguration and passing out ceremony which was witnessed by officials of the FC, chiefs, selected environmental journalists, representatives of non-governmental organisations, among other groups, the Chief Executive of the FC, Mr Samuel Afari- Dartey, said the launch of the unit was a dream come true.

“The source of my happiness stems from the fact that the commission has, for a long time, suffered indignities meted out needlessly to our personnel by unpatriotic people whose sole consideration is to exploit forest resources for personal gain,” he explained.

He said the commission hoped to train 226 members of the unit in the coming months.

The FC boss cautioned the personnel against acts such as misuse of weapons that could bring the name of the FC into disrepute.

While commending the government for the immense support for the FC, Mr Afari-Dartey was also full of praise for the Director of Human Resource of the commission, Mr Andy Osei-Okrah, and his team for leading and executing the training programme for the unit.

In a speech read on his behalf, the Minister of Lands and Natural Resources, Mr Mike Hammah, said the ministry would give the FC all the necessary support to deliver.

He said the new wildlife and forestry law, when passed, would place emphasis on reducing deforestation.

The minister said the task ahead of the unit was difficult but he was confident that with dedication and support, it would succeed.

Both the Executive Director of the Forestry Services Division of the FC, Mr Raphael Yeboah, and his counterpart at the Wildlife Division, Nana Kofi Adu-Nsiah, promised that the personnel of the unit would be motivated to work professionally.

The Overlord of Gonjaland, Yagbonwura Tuntumba Borosa II, in a speech read on his behalf, noted that the unit had come at the time when the government and the FC were doing their best to develop the forest and wildlife sectors.

He promised his fullest support for the commission as it moved to improve on its performance.