Workshop on courses of climate change underway in Bolgatanga 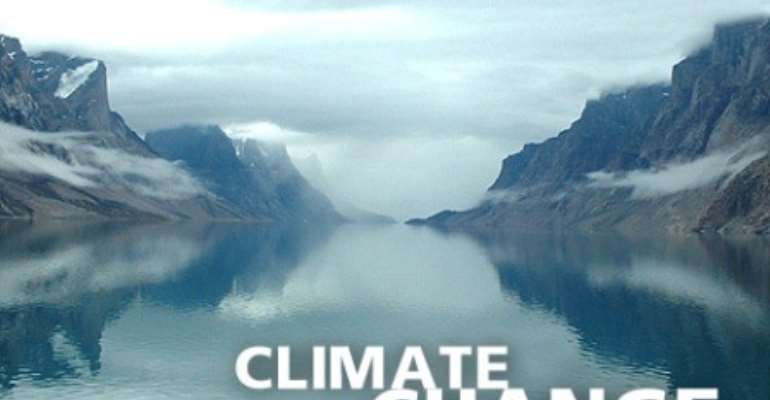 Bolgatanga, March 29, (Amoh Jnr) GNA – Mr Joseph Ayembilla, Acting Development Coordinator of the Bolgatanga-Navrongo Diocesan Development Office on Wednesday stated that in dealing with extreme poverty and diseases in the country, there was the need for collective and strenuous efforts in tackling climate change.

He noted that frequent droughts and floods, water scarcity and increased health challenges like malnutrition were clear signs of climate change.

These he indicated made it difficult in the country's match to achieving the Millennium Development Goals (MDGs) of eradicating extreme poverty, hunger and diseases.

Mr Ayembilla disclosed this at the commencement of a three-day intensive training for staffs of the Catholic Diocesan Livelihood and Advocacy Programme on climate change and some selected cross cutting issues in Bolgatanga.

The workshop which ends on Friday seek to amongst other subjects; equip participants on the basic science of Climate Change, causes of climate change and devastating impact of climate change on agricultural production.

To achieve this, he indicated that the United Nations Framework Convention on Climate Change (UNFCCC) had called for greater technology transfer to developing countries and the establishment of a global Green Fund to finance climate change adaptation and mitigation.

“However there has not been any pragmatic action on the response and even if there is any, the processes are highly technical and bureaucratic that ordinary peasant farmers in developing countries cannot afford to access such support” he added.

He therefore called on African governments to take practical steps to facilitate the coverage of such opportunities to farmers.

Mr Bernard Okumu, a Climate change adviser indicated that the earth's climate was dynamic and changed through natural cycle, adding that the current changes had been sped up by some human activities.

Mr Okumu disclosed that 55 million people worldwide are affected by extreme weather changes, adding that according to the World Meteorological Organization (WMO), 245 disasters worldwide occurred in (2009), out of which, 224 were weather related.

He further disclosed that millions of people would be forced by heat, droughts and rising sea levels to abandon their homes with adverse impacts on agriculture, forestry, transport, fisheries and disease outbreak due to the effects of climate change.

Mr Edgar Drah, Regional Animal Production Officer at the Ministry of Food and Agriculture (MOFA) indicated that some agricultural practices also contributed to the emission of greenhouse gases.

He stated the cultivation of flooded paddy rice fields, enteric fermentation in livestock, over grazing by farm animals, the use of nitrogenous fertilizers and leguminous plants such as beans, groundnuts as some farming practices that could cause climate change.

The training, which is a partnership of the Navrongo-Bolgatanga Diocese of the Catholic Church and the Misereor of Germany aims at reducing the effects of climate change on farmers' livelihood through dialogue and advocacy.

It is also to increase shared knowledge and skills on climate change with key partners towards enhanced adaptation based on sustainable agricultural practices to reduce farmers' vulnerabilities to climate change hazards.