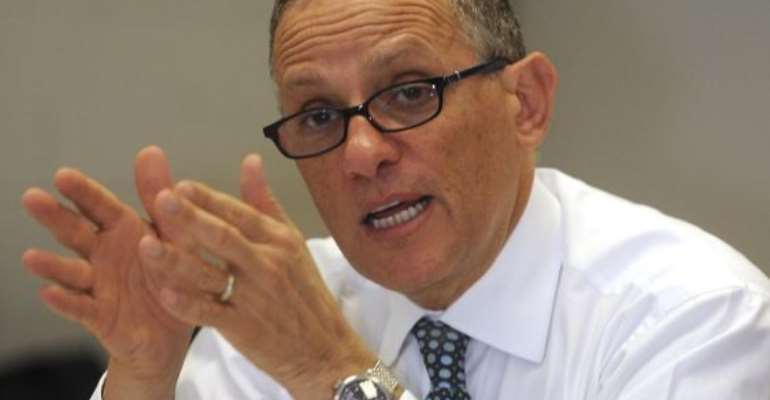 Washington DC, March 12, GNA - Mr Fred Hochberg, Chairman and President of the United States Export-Import (Exim) Bank, on Monday assured Ghanaians of the bank's intention to help to create more jobs in country. Mr Hochberg recounted a similar partnership between his bank and Ghana as it occurred with the financing of the Akosombo Dam in the 1960's, and more recently with the provision of fire trucks to help with fire-fighting in Ghana.

As a result of the growing relationship, Mr Hochberg together with President John Evans Atta Mills agreed at a bilateral meeting in Washington DC, for closer ties between Ghana and the US. President Mills, at the invitation of US President Barack Hussein Obama, has since last week been on an official visit to the US, and brokered a number of pacts, under which Ghana and the US would team up to develop a number of sectors of the economy.

Mr Hochberg said there was currently over half a billion dollar investment of the Exim Bank in Ghana and looked forward to the two nations creating jobs for the people. President Mills said the Government of Ghana was committed to creating jobs and opportunities for all adding that "we are very interested in the collaboration with the Exim Bank at time when there is increased activities in Ghana and we are happy Exim Bank has agreed to help us expand on our economy and to create more jobs".

Earlier, the President held bilateral discussions with US Trade Representative Ron Kirk, who in an interview with journalists described his meeting with the President as an opportunity to amplify the meeting between Presidents Mills and Obama last week. He said the US regards Ghana not only as a strategic trade partner but the Gateway to Africa, and announced that the Obama Administration has designated Ghana as a "partnership for growth."

Mr Kirk said the practice of democratic governance, rule of law and respect for human rights, coupled with good economic indicators were some of the factors which had engendered the current relationship. He praised President Mills' personal commitment to democracy, empowerment of the people, human rights and practice of rule of law, which he said had contributed to "an incredible success" in making Ghana qualify for the second compact under the Millennium Challenge Compact.

He said the two nations also signed a business agreement called the Bilateral Investment Treaty between Ghana and US to help improve trade between the two nations and that under the African Growth and Opportunity Act, the US would engage Ghana in many areas including mining, energy and communications.

What Will The Publication Of 260-Page Cocoa Road Audit Repor...
31 minutes ago