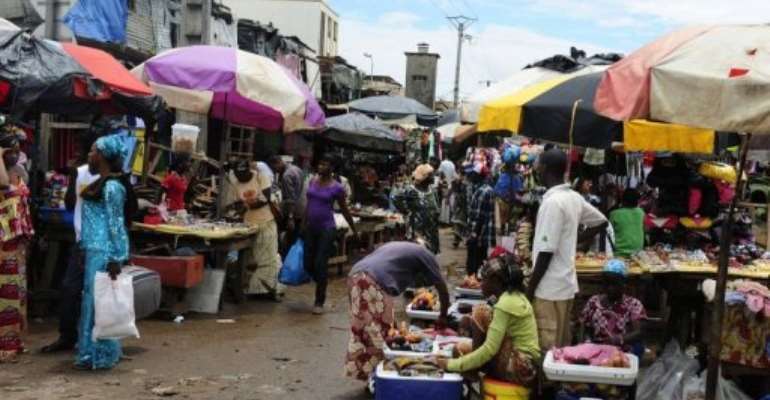 Shoppers buy products at a market. By Issouf Sanogo (AFP/File)

CONAKRY (AFP) - Fifty people travelling to a weekly market were killed and 27 others injured when the lorry they were travelling in crashed in eastern Guinea on Saturday, a government statement said.

"It was a lorry... (carrying passengers) that was the cause of this serious accident which has plunged numerous families into mourning," Territorial Administration Minister Alhassane Conde was quoted as saying in the statement which confirmed the death toll.

A witness told AFP by telephone that the lorry travelling from Moribadou to Beyla for the weekly market "was travelling downhill at high speed when its brakes failed" and it plunged into a ravine.

The injured had been taken to hospital in Beyla, the witness added.

"Forty-six bodies were pulled out from the wreckage and four other people died before they could be transferred to hospital," he added.

The 27 injured were said to be in serious condition in the Beyla hospital.

According to the witness speaking by telephone "all the victims were buried in a common grave at the accident site, with the help of the Rio Tinto mining company" which extracts iron or from the Simandou range in the country's mountainous, eastern region.