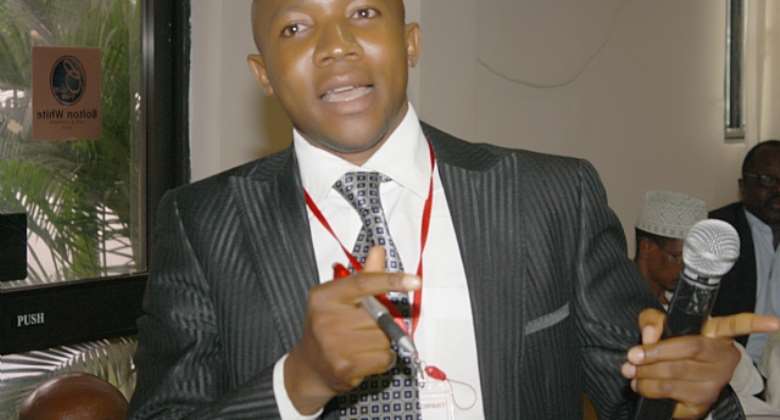 The need for urgent transformation of the Nigerian society cannot be over emphasized. This is with the view to ensuring that the Country's vision 20:20:20 project becomes a reality.

Again, the obvious consequences of the absence of the basic needs of life in the Country are too glaring to be ignored. This therefore makes it imperative for the third sector of the economy to rise up to the challenge of assisting the government in ensuring rapid development of our dear Country.

Community Social Humanitarian Project, COSHUP, an International Non governmental Donor Organisation, determined to ensure genuine development of the Nigerian Society has therefore answered the clarion call. It is out to bail the cat.

Established in 2011, with the motto, “matching challenges with opportunities”, COSHUP has put a machinery in motion to ensure that genuine development of the society is effected, thereby ensuring that succor is brought to the suffering rural people of Nigeria. It is to work directly with the poor rural dwellers as major stakeholders.

COSHUP is an interventionist Organisation complementing genuine efforts of the government geared towards poverty reduction. This, it shall do, through working in collaboration with government on some of her Projects in the States and Local Government Areas of the Country.

To address the problem of rural-urban migration, the Organisation is determined to ensure the concentration of majority of its Infrastructural Projects in the rural areas of Nigeria.

With a mission to promote policies that will facilitate and maintain Infrastructural development, work with groups to understand the drivers of economic, Social and environmental change, promote values and commitment to Civil Society Institutions and government, with the aim of achieving structural change to eradicate Poverty; COSHUP simply represents the way forward.

Again, the Organisation is poised to encourage progressive innovations, growth and strategies, analyze and compare data to predict future trends and most importantly, be interested in issues that affect the lives of ordinary people in the Society.

With a commendable approach of respect for the United Nations Universal Declaration of Human Rights and Conventions, as well as; with the poor and less privileged as stakeholders, while using the Community heads and gate keepers as entry points; COSHUP is indeed an answer to the age-long prayers of an ordinary Nigerian. It also has a credibility that is built on trust, integrity and transparency.

Undoubtedly, COSHUP is concerned with identifying and addressing emerging long term challenges that bother on Infrastructural development with an objective centered on analysis and recommendations that are independent and evidence-based.

Investigations revealed that one of the reasons why the lives of the rural people are yet to be substantially touched is that of 'urban arrogance', which has to do with an assumption of knowledge of the basic needs of the people, without first interacting with them.

Speaking during an International Conference in Canada in 2004, a development expert, Sulaiman Khalid asserted: “I thought USAID is about international development and working with communities to get them to change, using their processes from their realities. But they come with their own agenda, strategies and work plans from outside… There is incongruity between their goals and strategies and ours.”

COSHUP's consultative approach and style of partnering with the rural people as major stakeholders breaks this barrier, as the people are not just beneficiaries, but also actively involved in the Projects/programmes, from initiation to completion.

Again, COSHUP is managed by highly experienced Nigerians who have distinguished themselves in core professional areas that are centered on development.

With a visionary administration, COSHUP has unlimited chances of touching the lives of Nigerians directly.

Meanwhile, in preparation for effective take-off of the Project, in the last quarter of 2011, four Staff from the Agricultural Department of the Organisation were sent to China for a six-week training on grain processing. The training was a huge success and they are now training others in turn.

Also, in May 2012, thirty (30) other staff are billed to travel to China on bilateral training courses on cash crops comprehensive technology, for another six weeks.

Also, four (4) other staff went to the Netherlands on two weeks training on administrative matters in 2011.

All categories of Staff that will work at the corporate head office in Abuja have been trained for proper take-off. Same shall be replicated at the zonal and state levels and shall be a regular ritual.

Land has been acquired, with Certificates of Occupancy in some states to commence the Mass Housing Project for indigent people of the areas. Consultations are on-going in most other states for the take-off of her Projects.

Following a visit to Abakaliki, in Ebonyi State, Nigeria last year for an on-the-spot assessment of the existing rice Mills in the area, about twenty (20) new modern rice Milling equipments have been arranged to compliment what they presently have, as part of her intervention in the improvement of rice production in Nigeria.

Arrangements are concluded by the management to hold a staff strategic plan session to kick-start activities.

Meanwhile, expatriate Vendors for the mass Housing Project are already in Nigeria, conducting soil tests and putting every machinery in place to kick-off the Project. Prominent among them is: Mosmith Group, a Construction giant, which is presently trying to set up their assembling plants in Nigeria. They hope to assemble all the superior doors, windows, and other necessary things for the Project here in Nigeria.

Another of such vendors is Victory Realtors; a South African company, presently 'smoothening the ground' for a hitch-free take-off. The selected local vendors have all keyed into the Project.

Commenting on COSHUP's vision, Head of Media of the Organisation, Mr. Walter Duru says: “The objectives of COSHUP are to understand the environment well and to bring development to the rural areas. COSHUP intends to bring Infrastructure closer to the rural people. Our rural areas need more than they have now. In most places, we have abundant food, but do not have access roads to bring the food to the consumers. Most people walk long distances to get basic health services. Most of them have no good Schools.

Our children still study under trees and you can only see this kind of setting in typical rural areas, where eyes are very far from the people.

“We are to assist with our intervention; to help bring development to the people that need it. We have an intervention face to Infrastructure. We are out to intervene in the development of the rural areas. Based on that, we have mapped out a 4-year country strategic plan on what we need to do, to augment the good works the government is doing.”

Undoubtedly, COSHUP is 'a dream come true'. Now that our prayers have been answered, all hands must be on deck to ensure that this rare opportunity is utilized to the latter.

Rural Community dwellers must rise up to the challenge of identifying and getting involved in COSHUP's activities in order to benefit from the good gesture.

Again, genuine efforts must be made by Nigerians to draw the attention of development partners to areas requiring urgent development attention, with the view to ensuring that the situation is remedied.

More so, government at all levels must see COSHUP and other development partners in the Country as God-sent and create an enabling environment for them to function effectively.

In addition, there is need for government Institutions to avoid introducing 'politics' into the development agenda, as this could serve as a clog on the wheels of progress.

Most importantly, COSHUP and other development Organisations in the Country must remain focused and take deliberate steps to ensure rapid development of the Nigerian Society, especially, in the area of Infrastructure. Only when this is done can Nigerians smile and bless the brains behind same.

Furthermore, the plans of the Organisation to organize the first Summit of Non Governmental Organisations in the Country is a step in the right direction, as this shall create an enabling environment for all stakeholders to evaluate their activities overtime and synergize for improved performance.