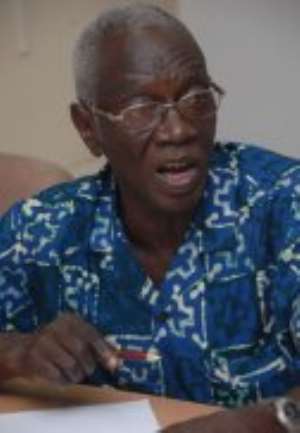 The Electoral Commission (EC) is to acquire a biometric voter equipment by February 2012, to start the biometric voter registration in the first quarter of 2012, Mr Christian Owusu Parry, Head of Public Affairs, EC, announced.

He said a committee was currently working on the technical aspect of the acquisition process, adding, EC had accepted to introduce the Biometric Registration since it would help check double registration and eliminate ghost names in the Voters’ Register.

Speaking at the launching of the Centre for African Elections Media Monitoring Index (CAEMMI) Wednesday, Mr Parry said the EC would roll out various activities including media education starting from January on the various radio and television stations to inform the electorate on Election 2012.

Dr Messan Mawugbe, Executive Director of CAEMMI, said the Centre aims at ensuring peaceful elections across Africa and create a platform for dialogue between media and governance institutions through researching and come out with a well comprehensive and informative index on electoral related issues in Ghana and across Africa.

He said a recent research undertaken by CAEMMI between September and October this year revealed that 65 per cent of Election 2012 issues in the media were negative whereas only 35 per cent were positive.

'The EC’s image projection in the media is 61 per cent highly negative, while mistrust on the preparation of the EC in Election 2012 is 50 per cent with only 18 per cent trust,'' he added.

Dr Mawugbe said CAEMMI’s activities and programmes would be supporting governance initiatives and civil society organisations with research data for projects on democratic and social accountability, stressing that the Government needed to take seriously people’s desire for democratic accountability and more importantly how media cover and project such desires.

He said to ensure a democratic atmosphere and effective gate keeping measures by the media required “a well trained and well remunerated media employees as well as committed, disciplined and honest political leadership.

Dr Mawugbe said CAEMMI’s data and report indexes would help develop those aspects and promote governance in Ghana and Africa.

Mr Kabral Blay-Amihere, Chairman, National Media Commission (NMC), said CEAMMI was a welcome initiative that would help the Commission to uphold high journalistic standards in the country as mandated by the Constitution, adding “it would lessen our burden”.

He said the NMC with the support from the EU would embark on a media monitoring project to monitor operations of the media, particularly the radio and television stations.

Mr Blay-Amihere urged journalists to be the first to protect the media freedoms being enjoyed in Ghana.