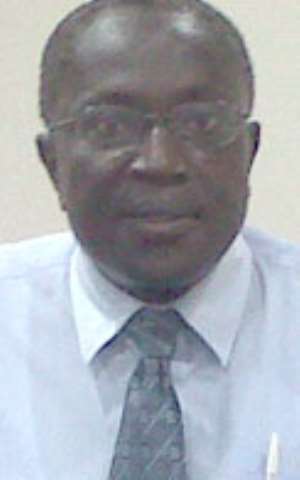 In Ghana, and the world over,  People With Disabilities  (PWDs) constitute an   impoverished and marginalised group, characterised by lack of access to public health, education, and other social services that would ideally support and protect them.

According to the World Health Organisation (WHO), there are more than 600 million disabled persons in the world, of which approximately 80% live in low-income countries, and estimates that in Ghana, there are between 7-10% PWDs, representing about 1.55-2.2 million people.

However, the majority of PWDs live in abject poverty, because the state has not done much to improve their wellbeing, as they lack opportunities in education and employment among others.

For instance, since the passage of the Disability Act (Act 750) in 2006, the Legislative Instrument needed for the full implementation of the Act is yet to be realised, and one wonders how many more years would pass before the LI comes into force.

As the world marked the International Day of Persons with Disabilities on Saturday, December 3, various organisations commemorated it by highlighting the plight of PWDs, and calling on the government and society in general to be more sensitive to the needs of PWDs.

The day, which is observed every year since 1992 by the United Nations, is to promote the understanding of disability issues, mobilise support for the dignity, rights and wellbeing of PWDs, and increase awareness of gains derived from the integration of PWDs in aspects of political, social, economic and cultural lives.

To the Institute of Democratic Governance (IDEG), and SEND Ghana, the commemoration of the day was done on Monday, by sharing the results of an independent survey concerning PWDs in Ghana with members of the media and the public.

the theme 'Together for a Better World for All: Removing Barriers and Promoting Disability-inclusive Development', the organisations shed light on the awareness and compliance of the Disability Act, and the level of usage of the allocated 3% share of the District Assembly Common Fund (DACF) devoted to PWDs.

The Project Officer of IDEG, Kojo Impraim, who read the press statement signed by the IDEG Director of Programmes, Dr. Kwabena Anaman, said the survey was carried out by the Governance Issues Forum Network (GIFNets) on education, medical and transport services in the Ajumako-Enyan-Essiam, Sekondi-Takoradi, New Juabeng, Ho, Wa, Ashaiman and East Gonja districts.

He pointed out that though the government had made some attempts to promote the rights of PWDs, the latter still faced many difficulties in accessing public facilities, stressing, 'PWDs face many challenges in society, and are often discriminated against.'

Also, about 18.2% of schools did not allow enrolment opportunities for PWDs, and '98.3% of schools do not have desks specifically designed for wheelchair users in classrooms,' he stated.

He added that while 15.8% of schools had taken steps to optimise lighting for visually impaired PWDs, 89% of schools had set up programmes to enhance the understanding of non-disability children on issues relating to PWD children, but '94% of school officials do not involve PWDs in school training programmes.'

He further expressed worry that all medical centres surveyed did not have medical transcriptions and instructions in Braille, 89.4% did not have language interpreters for the deaf, and 90% did not allocate money to improve accessibility of facilities for use by PWDs.

In terms of transportation, it came out that only 22.7% transport unions had un-written policies in place for PWDs, while 86.4% of union members had not undertaken any special training to handle PWDs, and 90.9% of unions did not have physical or communication measures to address the boarding of vehicles, and use of station facilities by PWDs.

Kojo noted that two-thirds of PWDs were aware of their 3% share of the DACF, but only less than 1% of sampled PWD associations were able to access the money allocated to them, and contrary to guidelines, 55% of ministries, municipal and district assemblies (MMDAs) sampled had not set up the mandated Disability Fund Management Committees, which are prerequisites to accessing the fund.

In view of these lapses, IDEG and SEND Ghana recommended the mainstreaming of disability issues in planning, saying, 'it is imperative that development efforts in Ghana by state and non-state actors, include disability issues during formulation policies, programmes and projects for PWDs.'

To enhance accessibility by PWDs, they called for the Public Works Department to enhance their understanding of disability issues, and mainstream them in the design and construction of public facilities.

Another solution, they proposed, was to increase public awareness that would in turn enhance the citizens' understanding of disability issues for effective development, and for institutions to document and celebrate significant success stories of PWDs.

Such measures were necessary because, 'when PWDs are empowered to participate in development, it creates opportunities for everyone, and is essential for national development and poverty reduction.'