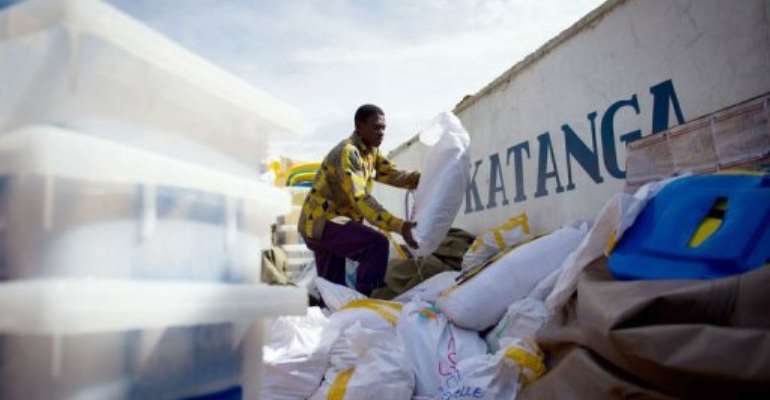 KINSHASA (AFP) - International observers on Thursday called for calm in the Democratic Republic of Congo after an EU monitoring mission said it had observed widespread voting irregularities.

Roger Meece, who heads the United Nations mission to the African nation, asked political leaders and the general population to refrain from any violence.

"Address any grievances (you) may have through peaceful means, including the established dispute mechanisms," he said in a statement.

In its preliminary findings, the EU team said its 147 observers had seen "numerous irregularities, sometimes serious", in 79 percent of the polling centres they visited.

Preliminary results from the presidential race pitting incumbent Joseph Kabila against a divided opposition field of 10 challengers are expected on December 6, with parliamentary results due January 13.

But "this report is preliminary and the EU election observation mission will not draw any definitive conclusion before tabulation is finished and results are announced", Nedelcheva, a Bulgarian member of the European Parliament, told a press conference.

Nedelcheva also criticised human rights violations during the election campaign, which was marred by clashes between rival parties' supporters and police crackdowns on opposition rallies.

She said presidential candidates had not had equal access to the national television network, with Kabila getting 86 percent of airtime to just one percent for his chief rival, Etienne Tshisekedi.

She also called into question the independence of the judiciary, after Kabila nominated 18 new magistrates during the campaign -- worrying for the elections since the supreme court is charged with examining the preliminary results and declaring them official.

But the EU joined the Carter Center, another major international observer mission, in calling for more time to gather and verify reports from around the vast central African country two-thirds the size of Western Europe.