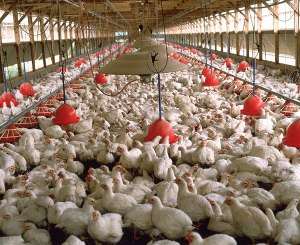 Accra, Nov. 30, GNA - Members of the Ghana National Poultry Farmers Association, has appealed to the government to intervene to end the current shortage of maize and the subsequent rise in prices of the product.

They explained that the rise in the price of the product could have effects on the ordinary person particularly during the forthcoming Christmas festivities.

This was contained in a press statement signed by Mr Kwadwo Asante, Chairman of the Association and copied to the Ghana News Agency in Accra.

Mr Asante explained that a 50 kilogramme bag of maize which sold at GH¢32.00 last week, had suddenly shot up to GH¢ 40.00 imposing a lot of financial burden on poultry farmers.

He expressed surprise that the commodity price, which normally goes down between October and December every year has moved up, and called on the government to explain the trend to farmers to save the industry from collapse.

The National Chairman however gave the assurance that farmers would continue to work hard in the coming weeks to meet the demands of consumers within the country and beyond.